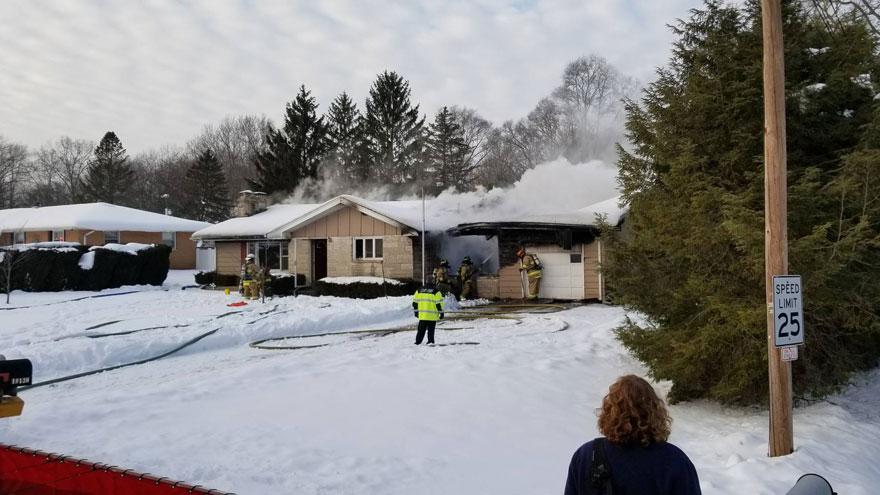 Multiple crews were called to the home in the 19000 block of Palisade Avenue around 4:15 p.m. Monday.

Nearby residents called about the fire after seeing smoke and flames coming from the home.

Dave Cherrone, Fire Marshall at Clay Fire, said, "The fire was under control, the main body of the fire was knocked out in 20 minutes. The fire had course when it had gone through the roof, it was into the attic so we had it on the back side and in the middle - plus in the attic area."

According to officials, the breezeway of the home and the garage were destroyed while other parts of the house only have heat, smoke, and water damage.

No one was home at the time of the fire.