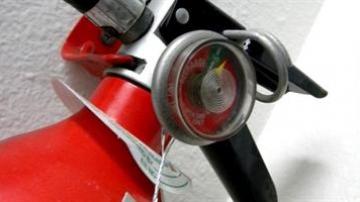 GRANGER, Ind. -- Clay Fire Department was called to a Granger house fire on Monday afternoon, around 1:40 p.m.  The person who called 9-1-1 had said that the patio was on fire.

They arrived at 14674 Tiffany Court, just five minutes later.  Firefighters found the wooden deck, attached to the house, on fire.

Crews say they quickly extinguished the flames, with little damage to the home.  The cause of the fire is under investigation, and the amount of the loss is unknown.

Thankfully, no one was home at the time of the fire, and no one was injured.

The homeowner arrived after the fire was extinguished, and was able to return to their house shortly after the smoke was cleared.