The deal is worth roughly $100 million, including incentives like $500,000 for a bowl-eligible season. Kelly signed the contract, Tuesday, the same day he landed in Baton Rogue. Kelly's contract with the Tigers runs through January 1, 2031. If LSU were to fire Kelly, the university would pay out, "90% of remaining Base Salary and Supplemental Compensation which would have been payable to Coach over the remaining Term". 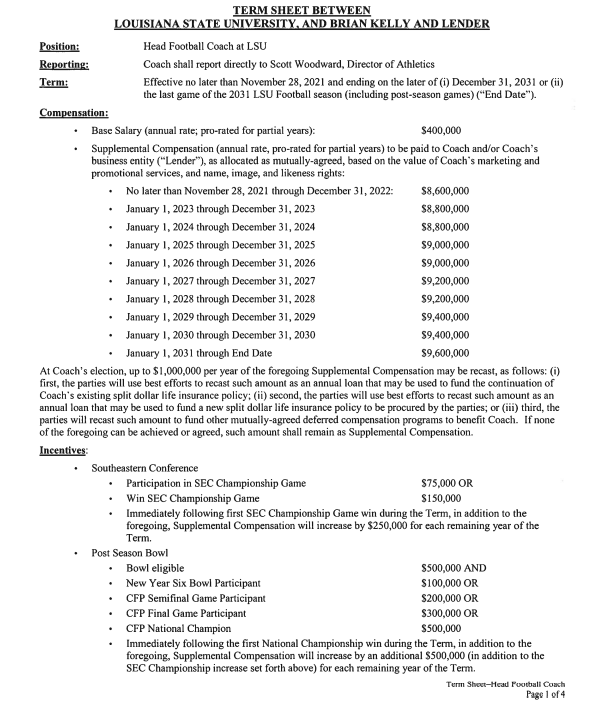 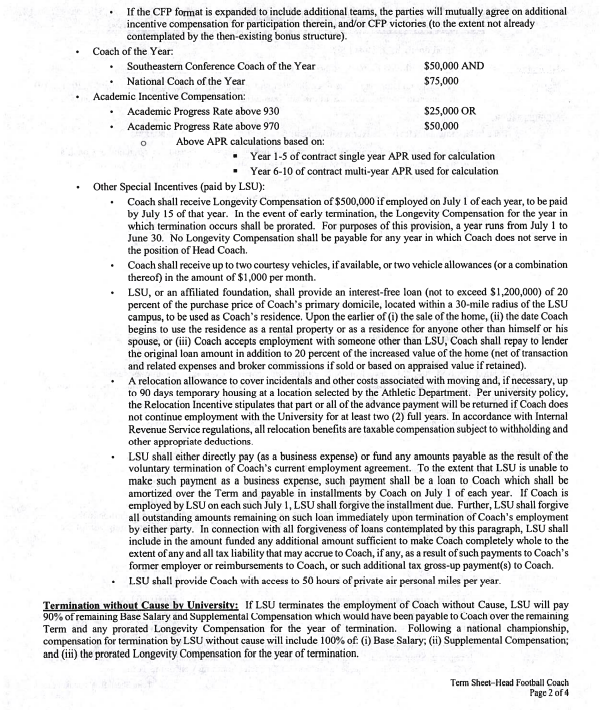 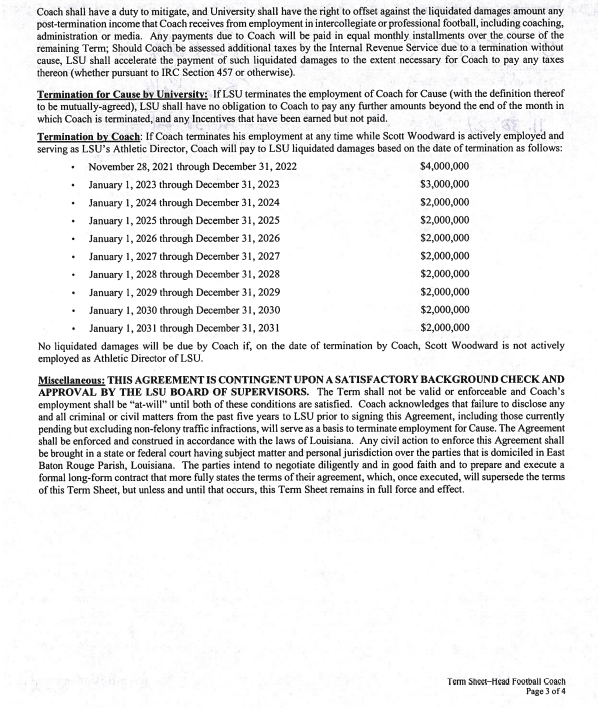 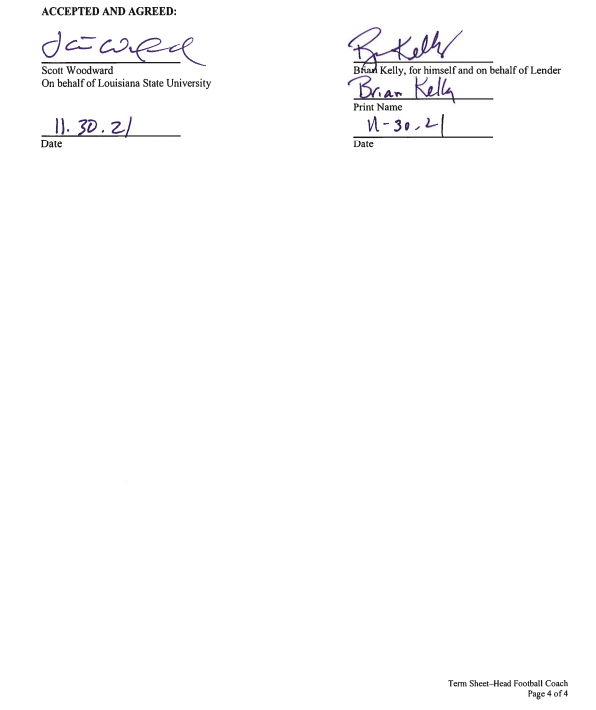