First snowfall in over a month brings some relief 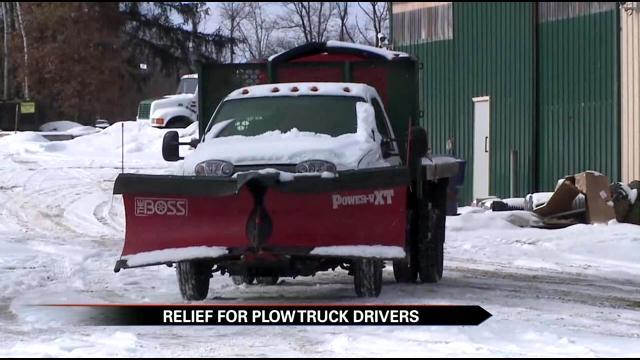 South Bend can expect three to six inches of snow over the next few days and that means plows are back on the road and back in business.

With the first serious snowfall Michiana has seen since November, plow truck companies and drivers have been out of work for weeks.

The owner of Hoosier Mowing and Snow Removal said he is excited to see the snow because he has a family to feed.

“Brutal. A whole month without snow was definitely different for us because we were predicting at least the average amount but we didn't get that,” said Jon Villanueva, the owner of Hoosier Mowing and Snow Removal.

No snow means no work for Villanueva.

Villanueva said he has had to rely on side jobs to pay the bills.

“Provide this money for our families, for our children, we expect this snow to come living in the Midwest area and it hasn't came yet,” said Villanueva.

The snow is now coming and that is why Villanueva is all smiles.

His plow trucks are out and they are ready to clear the roads for the next couple of days.

He is just hoping the next three months of winter end on a higher note than how it started.