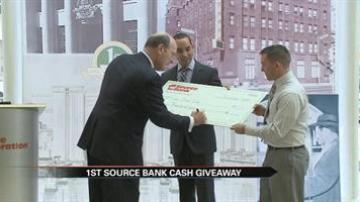 The bank announced that Five Star Life a middle school outreach program in Elkhart and an automotive high school training center in Valparaiso were some of the winners.

Each won $15,000. Awards were given to the charities based on their impact on the community.

Thursday ABC57 spoke to First Source about the impact this donation will make on the community.

"So pleased that these people were so involved in the education of our youth. And in making sure they are prepared for tomorrow's world," said chairman and president of First Source Bank Chris Murphy.