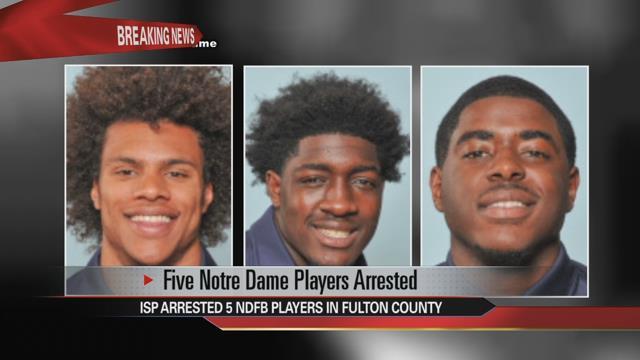 The group was initially stopped due to speeding, but police reports say Reason smelled marijuana and, after confirming with his narcotics detecting police dog, officers searched the vehicle and found marijuana and a loaded handgun.

Any student arrested on a felony charge also faces dismissal from the university. The university will determine if additional sanctions should apply to any or all of the students charged.

It will be determined this week what charges they will face and when they will appear in court.