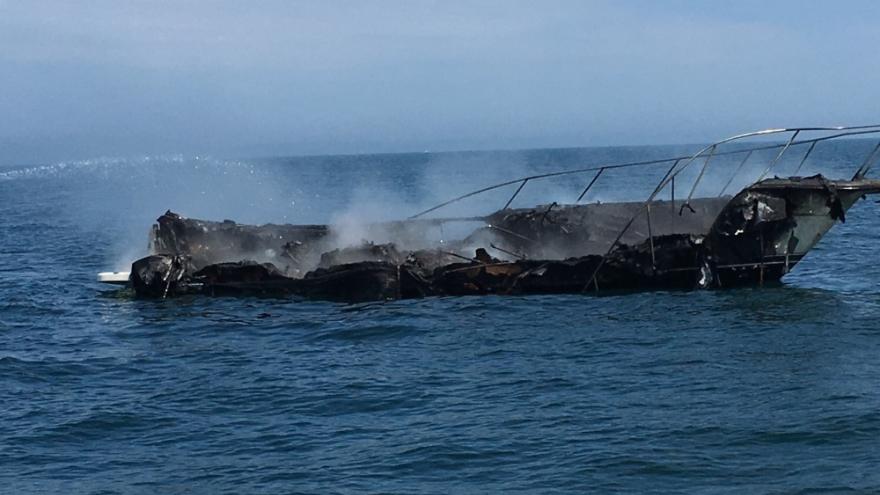 According to the Coast Guard Sector Lake Michigan, the boat sank in roughly 75 feet of water, and safety marine information broadcast was issued.