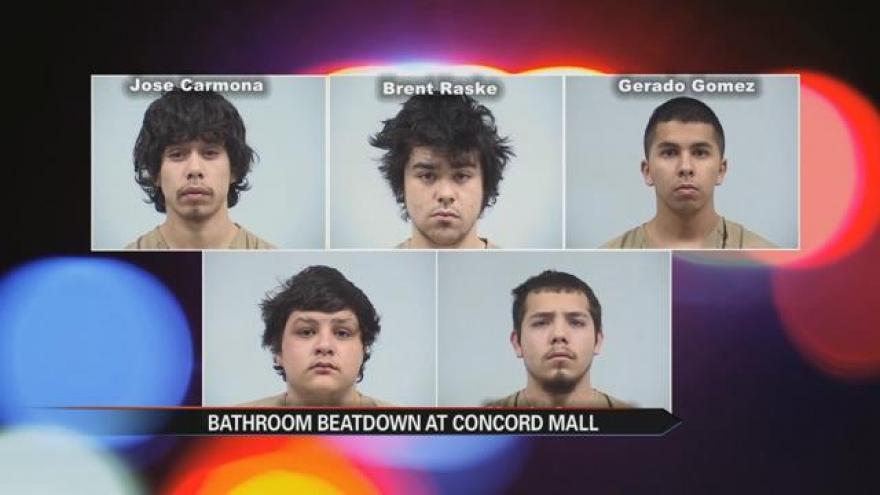 An Elkhart man is recovering after he was attacked over the weekend, while shopping at Concord Mall.

Police tell ABC57 the victim was using the restroom when he was confronted by a teenager. The two had some type of verbal disagreement.

It quickly turned physical. Police said the victim was punched in the face.

Within seconds, a total of five teenagers began to attack the man.

“After the fight broke up, all the suspects left. Actually left the mall at different points and then our officers did a great job of getting down there and being able to locate all of the suspects,” said Sergeant Chris Snyder with the Elkhart Police Department.

They were arrested and charged with battery.

ABC57 reached out to Concord Mall to learn what security measures are in place and if security will increase as a result.

“Our policies, procedures and training were fully implemented and successful. Concord Mall maintains a valued relationship with the city police department and the situation was resolved. Concord Mall remains a safe and family friendly environment.”

All of the suspects are being held at the Elkhart County Jail without bond.