Five vehicle crash leaves no serious injuries on I-65 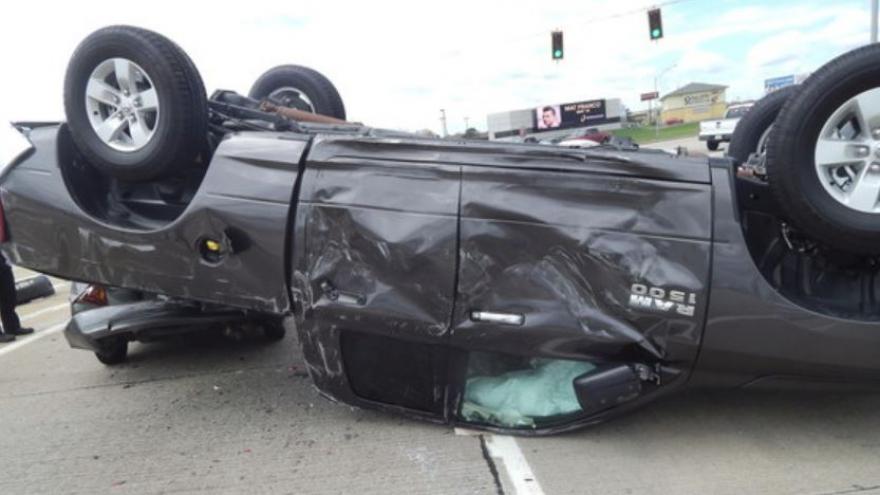 MERRILLVILLE, Ind. – A driver lost control of his blue SUV when exiting I-65 which led to substantial damage in four other vehicles Friday morning.

When Marquez lost control, his Chevrolet Equinox struck a 2011 Acura and then hit a Dodge Ram.

The hit to the Dodge caused it to roll over onto a Hyundai Accent. The Hyundai then hit a Dodge Challenger.

Marquez continued across the east and west lanes until it rolled over in a ditch.

According to ISP, Marquez claimed his brakes failed.

All of the vehicles were towed from the scene, but according to ISP there were no serious injuries.