Flash flooding in Plymouth has some residents boating, playing 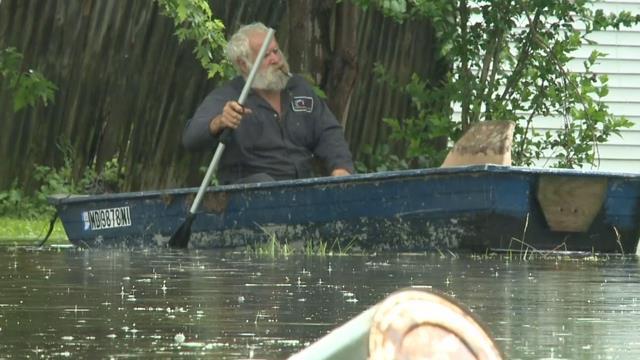 One of the areas hit the hardest by Monday's rain was Plymouth.  According to the Marshall County Emergency Management Agency, several cars were stranded due to flooded roads, and some roads were blocked off throughout the day, including North Michigan and Randolph Streets.

The area experienced flash flooding, including residential areas on Harrison Street.  Plymouth received an inch and a half of rain in just about 30 minutes.  And over the past seven days, this area has seen well over four inches, leaving some residential areas closest to the rivers with a lot more water than they're used to.

But some residents didn't let the rain get them down, and took full advantage of the rainy day.  "Everybody is out here having a good time," says George Mata.

Officials want to send out a warning, if flooding does happen in your area, do not drive through it, even if the water appears to be shallow.  Cars can become stranded.  They suggest finding an alternate route.