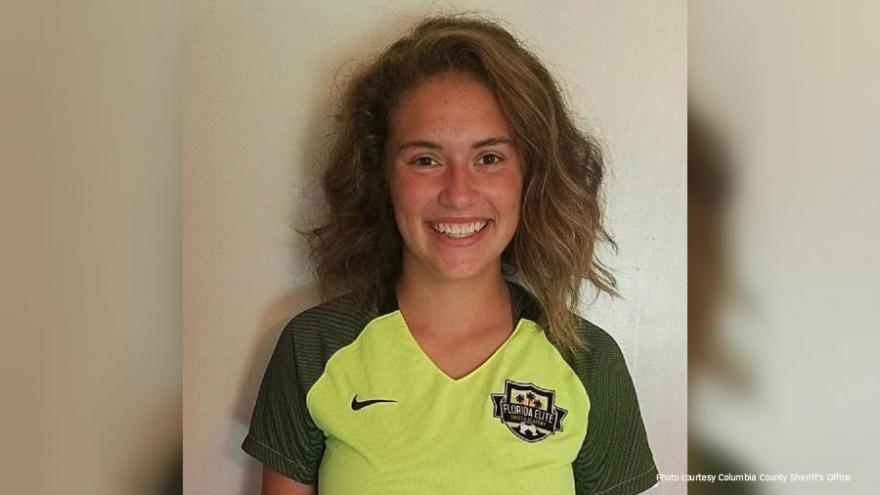 (CNN) -- A Florida teenager who was reported missing Sunday was found safe about 1,000 miles away in New York with a 27-year-old soccer coach, who was taken into custody, according to the Columbia County, Florida Sheriff's Office.

The search for Caitlyn Frisina, a 17-year-old from Fort White, began Sunday morning, when her parents discovered she was missing from their home.

Investigators confirmed that the high school senior was with her school's boys' soccer coach, Rian Rodriguez, 27, the sheriff's office said this week. The two were believed to be driving northeast in a red Mercury Sable.

Rodriguez was taken into custody without incident, and Caitlyn was detained, the sheriff's office said. Rodriguez faces charges for interference with child custody and may face additional charges, said Columbia County Sheriff Mark Hunter, who said he got to deliver the news to Caitlyn's parents.

"That was one of the best phone calls that I've made in my career," Hunter said. "The family was elated, of course. They've been through a lot. They're emotionally drained."

Caitlyn had done a factory reset on her cell phone before she disappeared and had left it behind, and footprints leading away from her home indicated she was alone when she left, deputies have said.

Caitlyn withdrew $200 on Sunday from an ATM in St. Mary's, Georgia, deputies said. She and Rodriguez were spotted on surveillance video at a food store in South Carolina and at a pawn shop in North Carolina, they said.

Caitlyn's mother, Scarlet Parnell Frisina, had pleaded with her daughter to call her family.

"We love you, and we miss you, and we need to know that you're safe," Frisina said during a Thursday news conference. "Please call us."