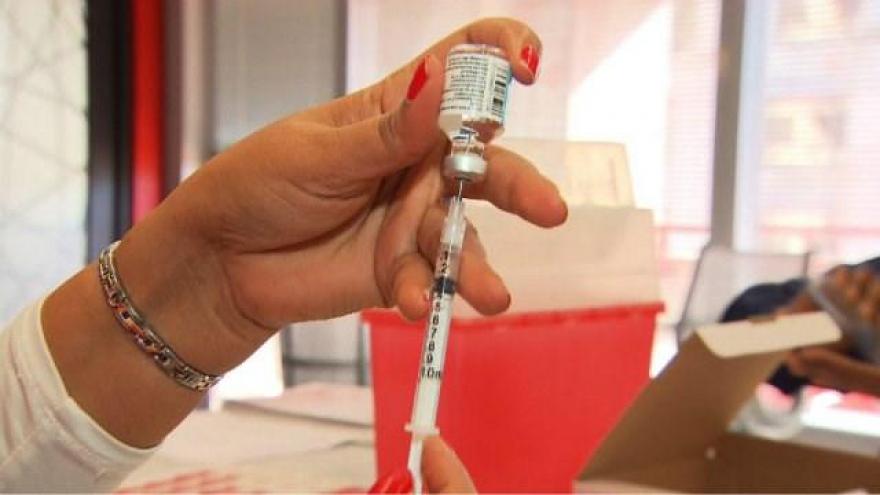 (CNN) -- Health officials across the United States are still urging people to get their flu vaccines as the virus continues to spread in 40 states and Puerto Rico and has been associated with 15 pediatric deaths, seven of them reported in the week ending January 28.

The latest report (PDF) from the Centers for Disease Control and Prevention says over 12,000 cases of influenza A have been reported across the country. Fifty-one of 54 US states and territories are experiencing elevated levels of flu and flu-like illnesses.

"It looks like it is picking up again, which is pretty typical during this time of year, especially when all the schools and colleges, in particular, go back in session," said Dr. David Topham, director of respiratory pathogens at the University of Rochester.

"We are hitting at the peak right now, which is pretty typical for late January mid-February for influenza."

The CDC and the medical community continue to emphasize the importance of getting vaccinated to protect yourself and others from contracting or spreading the virus.

"With the flu season that's going on right now, it is not too late for a vaccine," said Dr. James Steinberg, chief medical officer at Emory Healthcare.

"It wasn't an early season, and if people haven't gotten the vaccine, there is still time to get it," he said of the best way to guard against the spread of the virus.

Influenza is a highly contagious viral infection and is more severe than the common cold.

"There is some overlap between the common cold and the flu, but the flu often starts with an abrupt onset of symptoms," Steinberg said.

Symptoms include a fever or chills, headache, soreness and the "feeling that you don't want to get out of bed."

Some groups, such as children, elderly and those with chronic conditions, are at a higher risk of complications.

When it comes to the types of influenza, not all are created equal. There are four types of the virus: A, B, C and D. In humans, influenza A and B are the two that routinely cause the seasonal flu each year.

Influenza A viruses are broken down into subtypes, based on two proteins: hemagglutinin (H) and neuraminidase (N). This naming system is how scientists identify the subtypes of Influenza A. H1N1 became well-known in 2009 after causing the first influenza pandemic in over 40 years.

Influenza B viruses don't have subtypes but are broken down by strains and lineages. Since humans are natural hosts of influenza B and the virus mutates much slower than influenza A, pandemics rarely occur with this type.

"Some types of strains are more severe for certain people," CDC spokeswoman Kristen Nordlund said. "We know from previous experience that H3N2 is more severe for young children and those 65 and older."

Steinberg emphasized the importance of vaccinations for people living with high-risk individuals.

"(High-risk recipients') response to the vaccine isn't as good as somebody who's not elderly or not a small infant," he said. "If you live in the household or take care of somebody who's at risk for severe influenza, I think that's a strong reason for those people to get the vaccine, because they can protect their loved ones who are at higher risk of complications."

"While flu spreads every year, the timing, severity and length of the season varies from one year to another," Nordlund said.

Typically, flu season in the United States begins in October and reaches its seasonal peak between December and March before slowing through spring.

Topham stresses the potential dangers of contracting the illness, which has been a leading cause of death across the US and around the world for decades.

"The reality is, getting the flu can be a serious thing. It can make children and the elderly in particular, who are our most vulnerable populations, very ill. Get vaccinated, because you protect yourself and you protect the people around you."

What to do if you have the flu

Most people who experience mild symptoms do not need to seek immediate medical attention.

"Most healthy people who get influenza infection do fine with getting plenty of fluid and rest," said Dr. Pritish Tosh, an infectious disease physician and researcher at the Mayo Clinic. "They should stay home from school or work and ensure that they are getting the rest and fluids they need."

But Tosh said there are times when going to the doctor is necessary. "They should seek medical attention if there are concerns for severe infection such as difficulty breathing."

"Older adults, infants and those with substantial underlying medical problems have a higher risk of complications from influenza infection and should seek medical attention, including consideration for antiviral medications."

People often mistake symptoms of stomach flu, gastroenteritis, for the seasonal flu virus, but the two are not related.

"We call a lot of things the flu," Topham said. "It's a completely different infection, different virus."

Still, the CDC says that the best way to protect yourself and others from influenza is to get vaccinated.