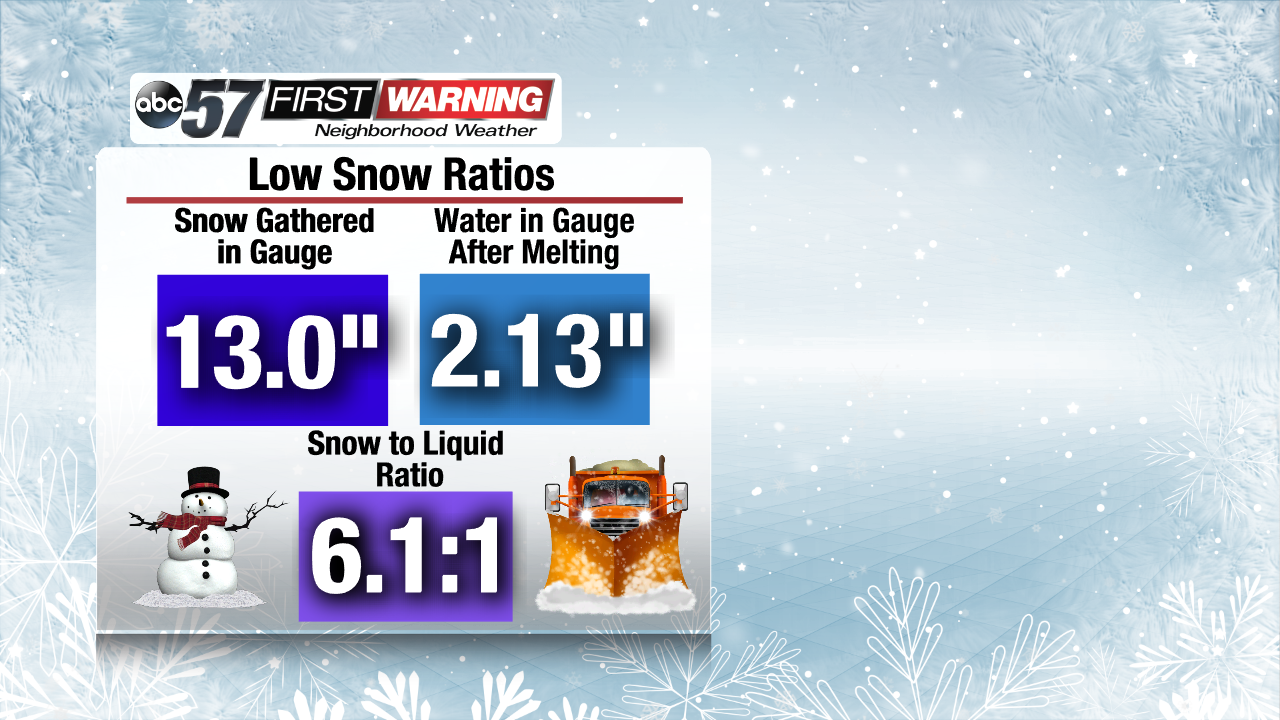 Temperatures are warming up and snow is on the ground. That means one thing: a lot of water! The snow that is on the ground across Michiana is very wet in nature. That means the water content is high within the snow, which translates to what meteorologists refer to as a low snow ratio! In other words, there is a lot of water inside the snow pack thanks to some melting that has occurred over the last few days. 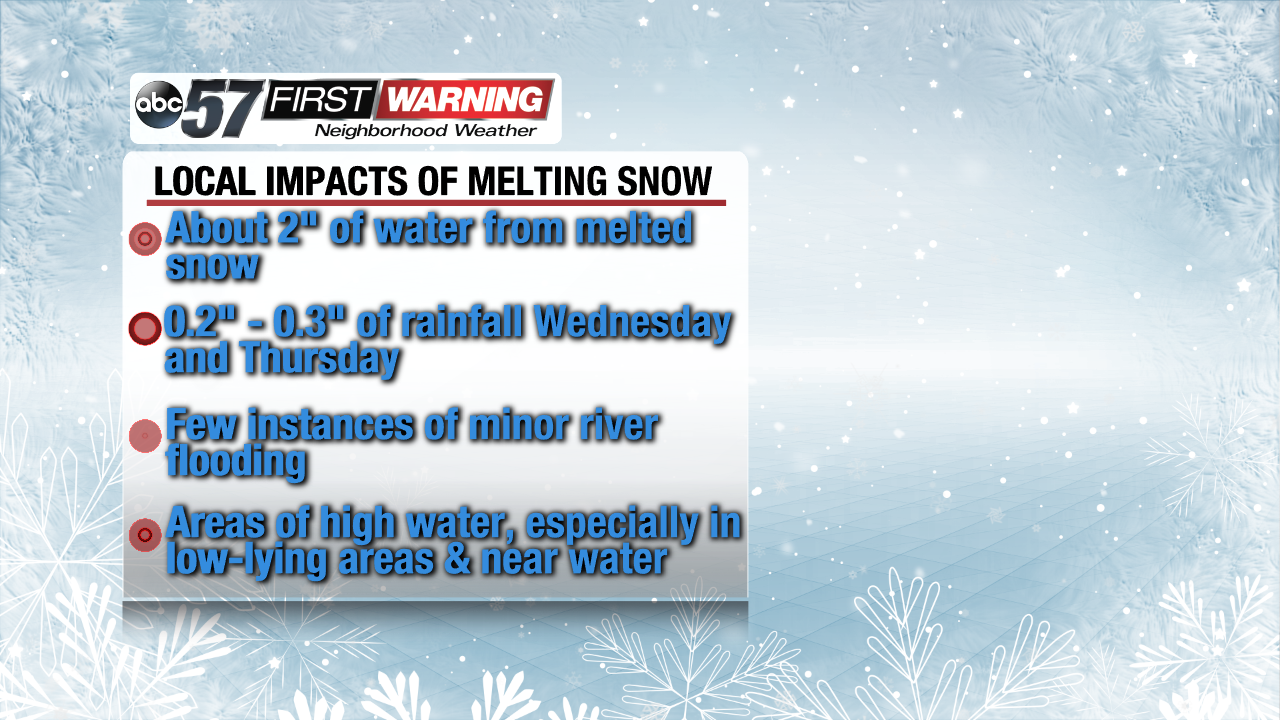 If you add roughly 2" of water from the melted snow to a quarter-inch of rainfall, you get a recipe supportive of some minor flooding. All of the snow won't melt at once, of course, but with milder temperatures, there could certainly be some areas of high water and isolated instances of low-lying flooding. No significant flooding is expected at this juncture, but if you live near streams, creeks or rivers that are notorious for rising, this is worth keeping an eye on. 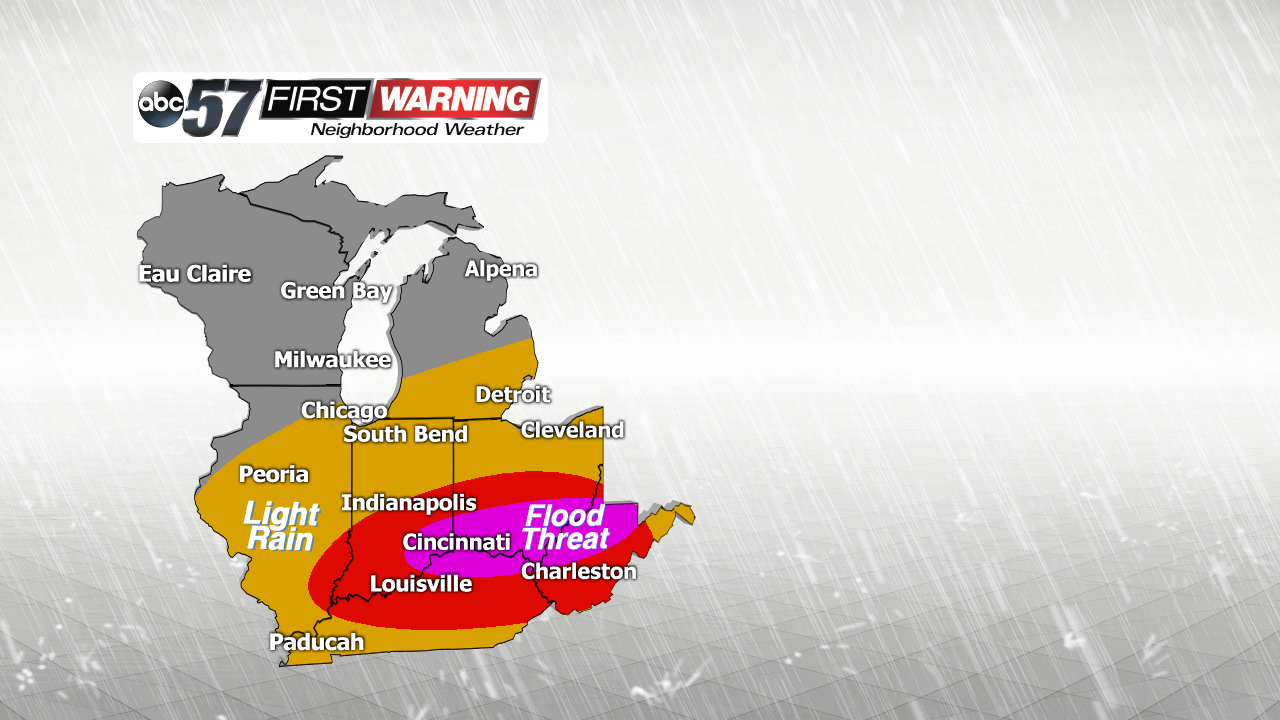 Flood threat Wednesday into Thursday.
Thankfully, the rain that is going to fall Wednesday night and Thursday will be relatively light. The heaviest rainfall will likely remain south of I-70 in southern Indiana and Ohio. Those areas have a higher probability of experiencing some flooding thanks to more than one inch of expected rain. Rainfall totals will not exceed a half-inch in Michiana, which will help mitigate any significant flood threat. 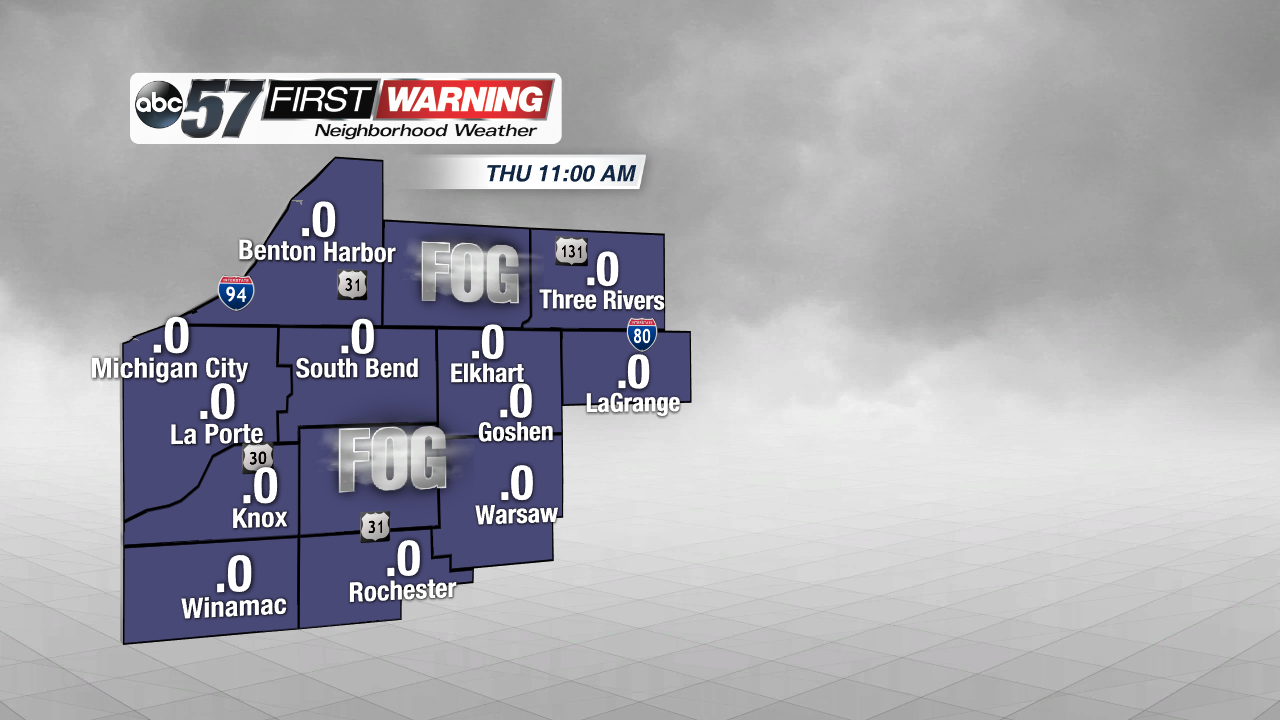 But flooding is not the only hazard that can occur when you have warmer temperatures and plenty of snow on the ground. Fog is another legitimate concern as we progress through Wednesday and Thursday. Warm air and a snow-covered ground are two ingredients that, when combined, lead to the development of widespread fog. And, it is certainly possible to see a long stretch of reduced visibility from Wednesday evening through Thursday night. It is also a possibility that visibilities drop to near zero at times as the fog becomes rather dense.

Remember, if you encounter fog, it's best to use your low beams and reduce your speed. It is oftentimes difficult to tell exactly how reduced the visibility is while driving. The conditions will likely improve by Friday and this weekend before an even heavier rain event begins early next week. Flooding could be a more significant threat with that system.