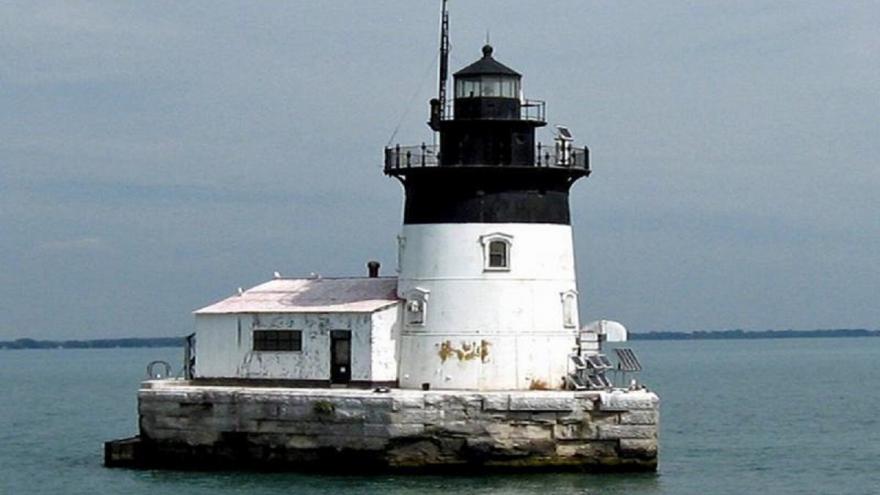 (CNN) -- You can usually get a nice used car or at least six months of rent for $15,000. Now with that sum, you can buy your very own little concrete island -- with a view.

The US government is auctioning six out-of-commission lighthouses, with an asking price of around $15,000 each.

The auction is held under the National Historic Lighthouse Preservation Act of 2000, which "provides a mechanism for the conveyance of federally owned historic light stations to qualified new stewards," once there is no federal use for a lighthouse, as is the case with the six being auctioned.

The GSA Auctions website did not state why the lighthouses were being sold now or immediately respond to CNN's request for comment.

All the lighthouses sit on small concrete "cribs," or bases, surrounded by water and are accessible only by boat. All come with modest keeper's quarters that would need to be renovated to make them livable.

The Detroit River lighthouse in Lake Erie is the only one that initially received more than one bid, with the asking price Tuesday reaching $27,000.

The Poe Reef lighthouse on Lake Huron drew the lowest asking price Tuesday, with just one bid of $10,000. GSA Auctions describes the lighthouse as a "71-foot tall white square tower with white and black band on a concrete crib."

Enthusiasts in the past have jumped at the chance to own their own lighthouse. Sheila Consaul of Ohio paid $71,010 for Lake Erie's Fairport Harbor West Breakwall Lighthouse in 2011.

"I have watched this lighthouse my whole life," Consaul told CNN affiliate WJW-TV in 2013. "It's my first time to ever be inside. It was really neat."

So what might someone do with a lighthouse? In more than a dozen US states, former lighthouses have been converted into inns.

The auction for the Minneapolis Shoal lighthouse ends on August 15, while bids for the Craighill Channel Lower Range lighthouse close September 15. No end dates have been set for the other four auctions.

While buying a lighthouse may not be practical for everyone, Consaul said it was an easy decision for her.

"It's a dream. I love historic properties," she said. "I have wanted a summer home. It's just a wonderful, wonderful place to be in the summer."