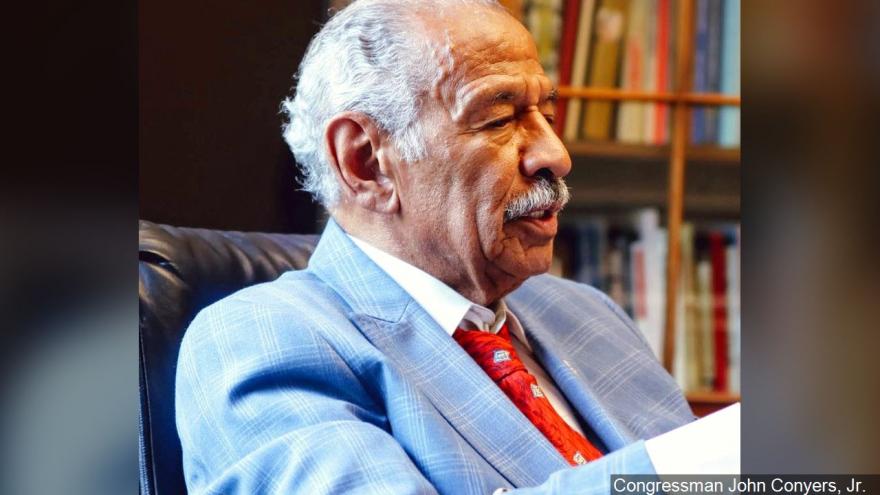 (CNN) -- Twelve former female staffers of Rep. John Conyers say he "never behaved in a sexually inappropriate manner" in front of them as the Michigan Democrat faces an ethics investigation into sexual harassment allegations against him.

"While we do not pass judgment on the specific allegations reported in the press or the women who brought them, our experiences with Mr. Conyers were quite different than the image of him being portrayed in the media," the former staffers wrote in a joint statement that circulated on Sunday. "Mr. Conyers was a gentleman and never behaved in a sexually inappropriate manner in our presence. He was respectful, valued our opinions, challenged our thinking, and treated us as professionals."

Conyers, 88, faces a House Ethics Committee investigation into allegations that he sexually harassed or discriminated against members of his staff. Conyers has denied any wrongdoing but has indicated that he will cooperate with the ethics probe.

Earlier Sunday, Conyers said he would step aside as the top Democrat on the powerful House Judiciary Committee, but would fight the allegations.

"I very much look forward to vindicating myself and my family before the House Committee on Ethics," Conyers wrote Sunday in a letter to House Minority Leader Nancy Pelosi, a California Democrat.

Pelosi said she supported his decision.

"Zero tolerance means consequences," Pelosi said in a statement. "Any credible accusation must be reviewed by the Ethics Committee expeditiously. We are at a watershed moment on this issue, and no matter how great an individual's legacy, it is not a license for harassment."