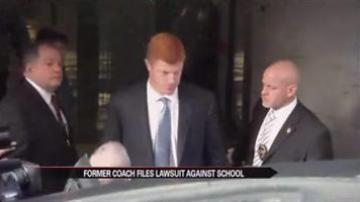 Mike McQueary said the university ruined his reputation and fired him for his cooperation with the investigation.

According to the lawsuit, he is seeking $4 million from the university. The equivalent to a life-long salary as a football coach with the university.