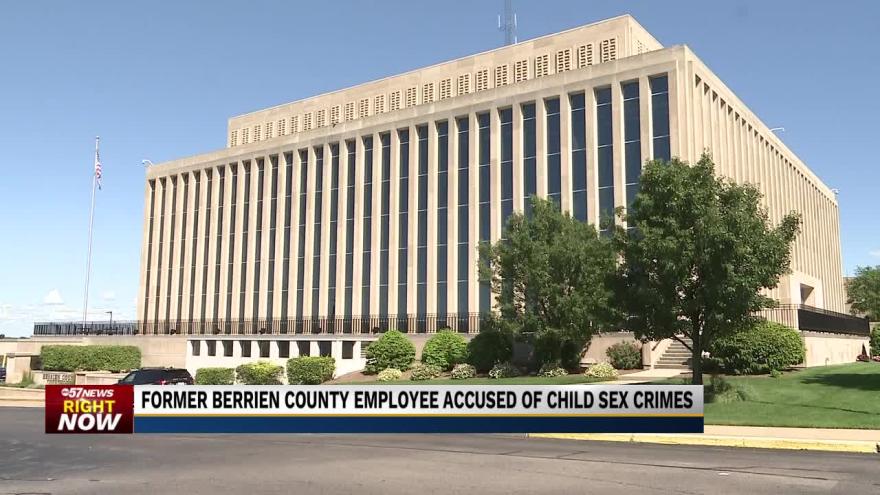 ST. JOSEPH, Mich. – The former Superintendent of Buildings and Grounds for Berrien County, Joel Todd Johnson, has been arrested and charged with four counts of child sex abuse and two counts of creating sexual content with someone under the age of thirteen.

According to the charging documents, Johnson was being investigated by the Washtenaw County Sheriff’s Department after allegedly setting up his phone camera to record a girl undressing.

On July 13, Washtenaw County investigators informed the Berrien County Sheriff’s Department that Johnson, now working as construction contractor, was under investigation— after he had been hired to remodel someone's bathroom, when an eleven-year old girl went inside to take a shower, and allegedly discovered Johnson’s cell phone recording her while she undressed.

The girl stopped the video and deleted it before taking the phone to an adult, who discovered numerous images of “child sexual abuse material.”

Johnson was given his phone back, and told to leave.

The next day, Johnson’s laptop was given over to Washtenaw County detectives by his wife, where over two-hundred images of child pornography were found, including 23 images allegedly created at Johnson’s Royalton Township home.

Johnson is also accused of molesting a girl on several occasions, starting when she was just eight-years old-- though it is unclear if this is the same girl he attempted to take video of—as well as someone else who alleged that he did the same to her on another occasion.

Johnson is currently in custody at the Berrien County Jail. He had also been charged with three counts of embezzlement back in August 2019.