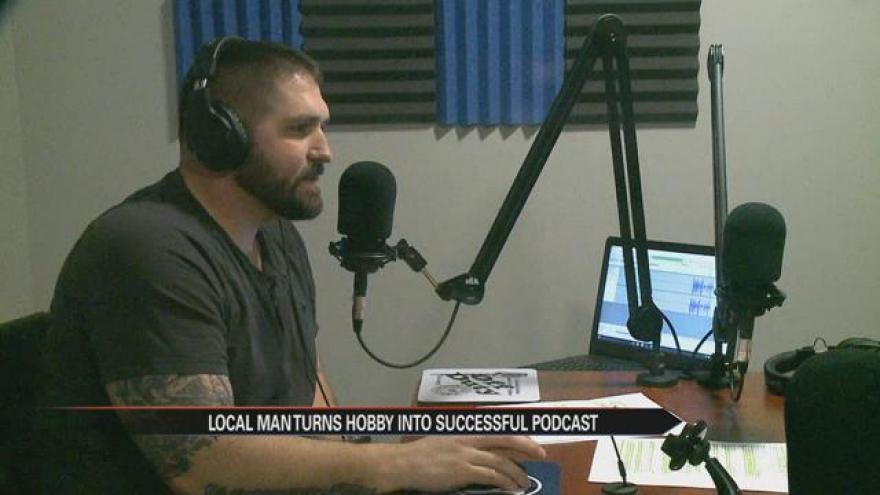 A Berrien County man has unexpectedly turned his hobby into a career that entertains tens of thousands of people.

“I kind of got hooked on Serial last year and was way too obsessed with it,” Bob Ruff said. “I had pages and pages of notes and voice memos like I was investigating this case, with nothing to do with it, and that’s all led me to where I’m at now.”

Ruff, of Bridgman, MI., used to be Chief Ruff of the Northern Berrien Fire Department. But in May 2015, that all started to change when his obsession with the hit podcast “Serial” – which reopened a 1999 murder case in Maryland by questioning the conviction of a 17-year-old boy – unexpectedly led to a significant life change.

“An early retirement from the fire department and a full-time podcaster/investigator,” Ruff said.

Ruff is the creator and host of the “Truth & Justice” podcast, a weekly program dedicated to researching cases of people some believe are wrongfully convicted.

“The whole concept was that it was listener driven,” Ruff said.

On an off day last year, Ruff was home and taking care of one of his son’s, who was napping with a cold, when something happened.

“I was listening to Serial again and going through my notes like a crazy person,” Ruff said.

His obsession with the podcast combined with his boredom of the day led to a random idea.

“I’m gonna go downstairs and I’m gonna record a podcast and make a quick website where other crazy people like me that are way too into this case can email in their thoughts and theories,” Ruff said. “And I’ll discuss them on the air, and it’d just be kind of an outlet for people that were really into the case.”

Ruff already had some basic podcasting equipment in his home because he had recently started producing a podcast based on amusing conversations he and his coworkers shared in the firehouse. It’s called “Off Duty” and is still produced today.

So, he created an outlet for fellow “Serial” podcast fanatics, and it grew “really, really quickly,” according to Ruff.

One month after launching in May, Ruff was averaging 5,000 to 10,000 downloads of his podcast per episode.

By mid-summer, that turned into 50,000 downloads per week.

“By the end of the summer, there was over 150,000 people listening to the podcast and I was starting to get lots and lots of requests in to investigate other cases, other possible wrongful conviction cases, and so that’s what I’m doing now,” Ruff said.

“Truth & Justice” reached a peak of nearly 220,000 downloads in one week by the end of summer 2015, and Ruff surpassed “Serial” for some time in the iTunes world rankings.

But now it is his career, and Ruff and his listeners are actively investigating five cases around the country.

“A big draw to my show is the fact that not only are [listeners] getting to hear about these [cases], but they’re getting to participate in helping these people,” Ruff said.

His listeners are so committed to the show that they raised more than $17,000 online so Ruff could replace his office – the shed in his backyard – with a brand new studio.

Ruff said the response to the online fundraiser shocked him because he never asked for it – he had only mentioned to his listeners on social media that he was unsure where he would record once winter came because the shed was not insulated or heated.

He plans on being in Baltimore next week to attend a new hearing for Adnan Syed, the subject of season one of “Serial” that got Ruff hooked.

Despite his newfound success as a podcaster, Ruff said he still doesn’t enjoy hearing his voice on air.