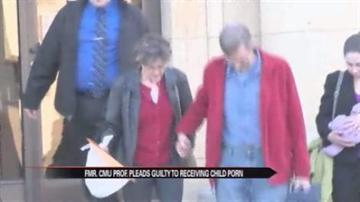 That's when university police discovered the child pornography on his work computer.

Thursday in federal court, he pleaded guilty to one count of receiving photos.

"In this case, the evidence was pretty clear. In the federal system, by offering a plea and accepting a plea you get a reduction in levels on his sentencing guidelines and that's a significant thing," said Frank Reynolds, Merrill's attorney.

During that hearing, he admitted to downloading a child pornography video in 2003.

But it wasn't until late 2012 when police discovered the video and images on his computer.