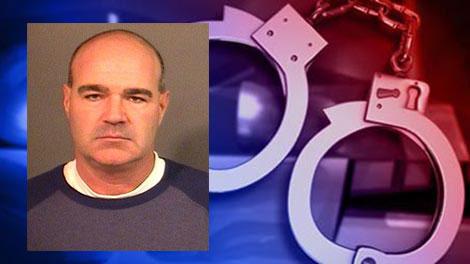 A former Mishawaka High School assistant girls' basketball coach is accused of having an inappropriate relationship with a student.

According to the probable cause affidavit, in March 2015, Benner sent a text to his daughter that was intended for the alleged victim.

The text read in part, "Thank you so much!!! I love you with all of my heart [name redacted]!!!" according to court documents.

The text message also made its way to the victim's mother and father, according to court documents.

The victim's father texted Benner. Benner responded, "Words cannot express how ashamed and disgusted I am with myself for betraying your trust!!! Just please understand that you have an incredible daughter who is NOT responsible for '!DY of this!!!!!!! This was 100% my fault!!!!! I apologize from the bottom of, my heart!!!! The hurt, pain, and embarrassment I have caused your family is something I will NEVER get over!!!! Even more, the hurt I have caused is absolutely killing me!!!!!!!! I can only hope and pray for the best for all of your family!!!! Again, I am sorry for all the damage I have caused!!"

On April 9, 2015, a South Bend Police officer interviewed the victim.

She told police Benner was her coach through her junior year at Mishawaka High School and he quit being her coach at the end of the 2012-2013 school year.

In March 2013, when she was 17-years-old, the victim said Benner picked her up from her home and they went to a nearby elementary school. He told her he resigned as coach and they allegedly kissed for the first time.

The victim told police the relationship progressed and they expressed love for each other and eventually had sex in August 2013.

She told police between August 2013 and March 2015, they had sex at the victim's home, Benner's home and various parks in St. Joseph County, according to the probable cause affidavit.

The investigation revealed Benner had been the victim's coach when she was younger as well as when she was in high school.

Police say her parents thought after he resigned as the coach, he was trying to help the victim improve her skills and further her ability to play basketball. He also said he would help her get a basketball scholarship for college, according to the probable cause affidavit.

School City of Mishawaka says they run background checks on all employees. They hope parents use this incident to talk to their children.

"What I want to say to adults, those are our kids. And you know what, it's okay to ask them what's on their phone," said Mike Pettibone, Interim Assistant Superintendent of School City of Mishawaka.

He says the district does not condone this type of behavior.

Benner bonded out of jail and is on a GPS tether. He is not allowed to contact the victim.

We went to Benner's home to try to speak with him but there was no answer.