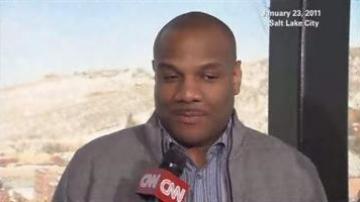 It's one accusation after another for former Elmo puppeteer Kevin Clash. A third man has come forward, with more disturbing allegations.

The lawsuit alleges Clash had sex with a teenage boy that he met on a gay chat line back in 2000. Clash has denied any wrong doing.

He resigned as the voice of Elmo on "Sesame Street" earlier this month.

A rep for clash released a statement Tuesday saying quote: "the federal cases filed against Kevin Clash are without merit. The cases and Mr. Clash's reputation will be defended vigorously."