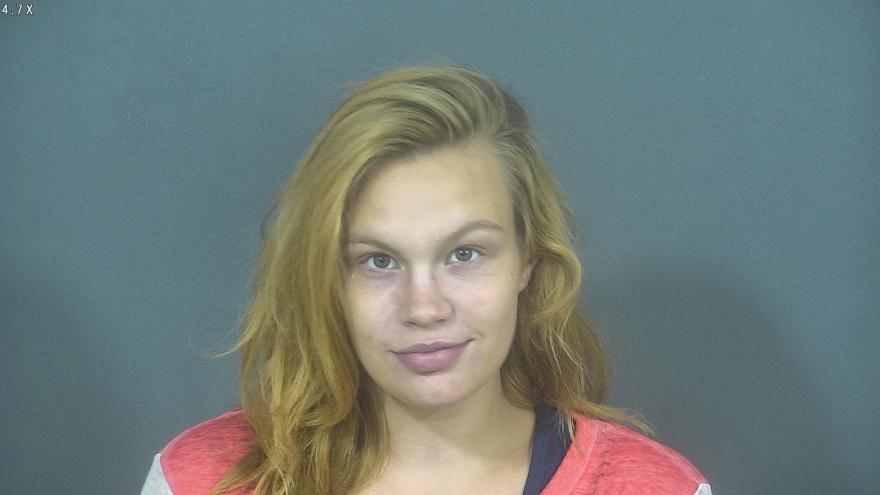 ST. JOSEPH COUNTY, Ind.—A former employee is accused of stealing money from a restaurant in Mishawaka on May 6, according to the probable cause affidavit.

On May 6, police responded to a Subway restaurant in the 2300 block of Lincolnway West in Mishawaka regarding a robbery.

An employee told police that two women came to the restaurant and asked for help jump-starting their truck, court documents said.

After jump-starting the truck, Felix said she thought she left her phone in the bathroom and went back inside. The employee entered to the store to find Felix coming out from behind the employee counter, court documents said.

According to the probable cause affidavit, when confronted, Felix told the employee that she had taken some meat.

The employee told her to put everything down, at which point Felix admitted to taking money, court documents said.

Felix then grabbed the employee, threw her into the drink cooler and grabbed her by the neck, according to the probable cause affidavit. Felix ran for the door and she, along with the woman she arrived with, left the parking lot in the truck.

During the struggle, the employee grabbed Felix’s purse. When police arrived, they located $170 that had been taken from the restaurant’s safe, court documents said.

Surveillance video of the restaurant was used to identify the two women. During the investigation, police learned that Felix and the other woman, her mother, were both former employees of the restaurant.

The employee was treated a local hospital for pain and swelling to her neck, back, shoulders, and arms.

Felix was charged with robbery and booked into the St. Joseph County Jail on July 9.She is due in court next on July 18.