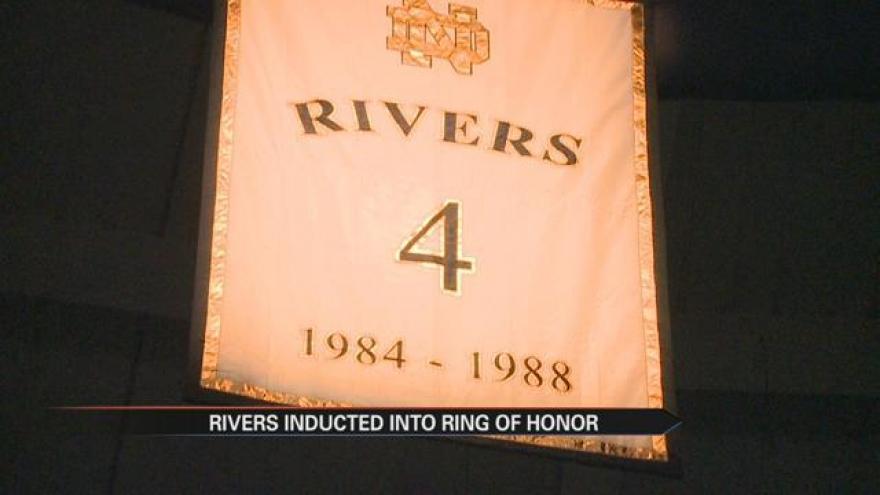 Former Irish guard David Rivers had his name and number added to the Notre Dame Ring of Honor.

Rivers played for the Irish from 1984-1988 and led Notre Dame to four straight NCAA Tournament appearances. He is the programs sixth all-time scorer with 2,058 points and also handed out 586 assists.

Rivers was selected as the 25th overall selection in the first round of the 1988 NBA Draft by the Los Angeles Lakers.

As a member of Olympiacos in Greece, Rivers was named the 1997 Euroleague Final Four MVP when his squad became the first Greek team to win the Euroleague Championship.

On August 24, 1986, he was thrown from the passenger seat of a van that swerved to avoid a drunk driver and suffered a 15-inch gash across his abdomen.

An emergency surgery  saved his life and Rivers returned to the court just 90 days later to play 34 minutes in Notre Dame’s season-opening game of 1986-87.