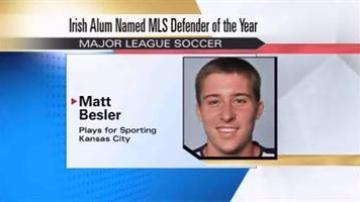 A former Notre Dame soccer player who headed for Major League Soccer has been named defensive player of the year.

His defense held opponents to the fewest shots and shots on goal of all 19 MLS this season.