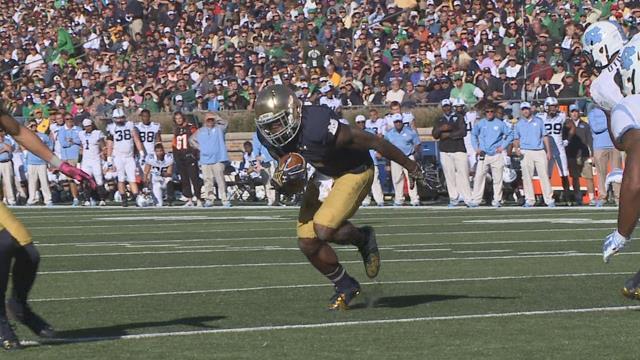 A former running back for Notre Dame died after he was shot Saturday on an interstate in West Palm Beach, Florida.

21-year-old Greg Bryant was found shot on the interstate along with another man Saturday morning.

He was listed in critical condition Saturday before his family confirmed his death Sunday.

Bryant played for the Fighting Irish during the 2014 season. He was ruled academically ineligible in the summer before his 2015 season at Notre Dame and he later transferred to the University of Alabama Birmingham.

After finding out about the shooting Saturday, Bryant’s family, friends and teammates took to social media to express their sympathy.

No arrests have been made in connection to this shooting.