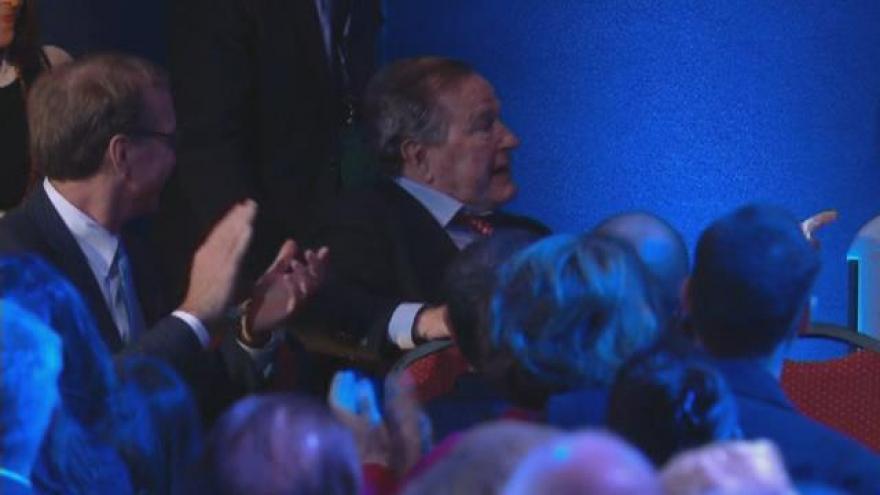 The 92-year-old was admitted to the hospital January 14 to address a respiratory issue stemming from pneumonia.

The former President had been in ICU, but was on the "upswing" around January 19, according to McGrath.

Also in the hospital was former first lady Barbara Bush, who was discharged a week ago after a successful treatment of antibiotics.

The two did not plan to attend the inauguration of Donald Trump, though that had been scheduled before they were both ill. Son and former President George W. Bush did however attend at the Inauguration January 20.