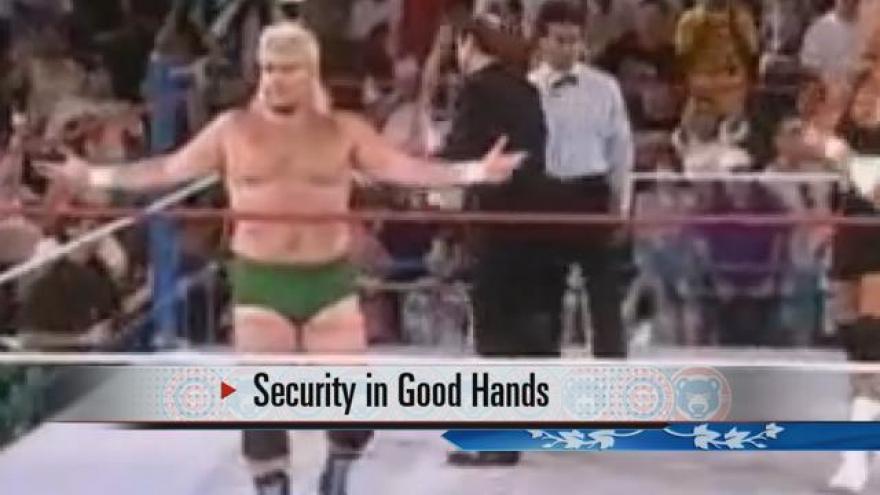 As the South Bend Cubs kick-off another season, the security and parking division of the organization is in good hands.

When you have former WWF wrestler Brian “The Crippler” Costello at the helm, that’s a given.

“Back in the day when I was in South Bend, either I had the green or yellow trunks and I had the yellow shamrock on my (bleep),” said Costello.

“Oh it was fantastic. I’ve had to wrestle good friends of mine. That’s even more fun because we know we will go in and beat the snot out of each other. It was truly respect for each other,” said Costello.

Now the Head of Security and Parking, the former WWF wrestler, has worked for the local team for nearly 30 years.

It’s moments like that, when the lights go on and the crowds fill up, that you can count on “The Crippler” to be calm and cool.

There is no doubt, the WWF is forever in his DNA.

“Yeah it’s a little more calmer and when the situation arises. You have to flip that switch on,” said Costello.