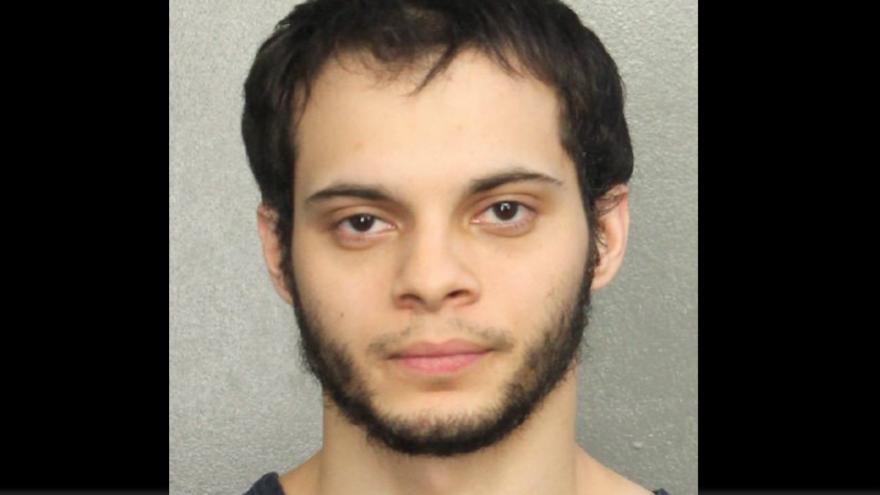 Esteban Santiago, 28, pleaded guilty after he was accused of killing five people and wounding six others at the Fort Lauderdale-Hollywood International Airport in January 2017. He was sentenced Friday to five consecutive life sentences plus an additional 120 years. Photo courtesy Broward County Sheriff\'s Office

By Jamiel Lynch and Ralph Ellis

(CNN) -- The man accused of killing five people and wounding six others at the Fort Lauderdale-Hollywood International Airport in January 2017 was sentenced Friday to five consecutive life sentences plus 120 years, according to authorities.

Authorities said Santiago, an Iraqi war veteran, opened fire in the baggage claim area of the airport on January 6, 2017.

"Santiago pulled out a handgun and started shooting at numerous victims, aiming at the victims' heads and bodies until he was out of ammunition," a news release from the US Attorney's Office said.

When confronted by a Broward County deputy, Santiago dropped the gun and surrendered, the news release said.

He used a Walther 9mm pistol he retrieved from a handgun case he had checked on his flight from Anchorage, Alaska, authorities said.

When Santiago's plan to plead guilty was announced in May, the US Attorney's Office said that each of the victims' families was contacted before the court considered the plea deal.

Santiago escaped a possible death sentence with the deal.

No terrorism link was found to the shootings.

Federal authorities in Alaska said Santiago visited an FBI office several months before the attack and told them he was hearing voices and that his mind was being controlled by the CIA.

He voluntarily checked himself into a mental health center for evaluation and was released several days later. Relatives also said Santiago returned from military service with mental and emotional problems.

In a news release, US Attorney Benjamin Greenberg said, "While nothing can ever heal the wounds inflicted by the defendant's unspeakable and horrific acts of violence, we hope that the life sentence imposed today provides at least some sense of justice for the victims and their loved ones."

Broward County Sheriff Scott Israel said, "Since this horrible tragedy first occurred, my prayers have remained with the families. Though this sentencing won't change the outcome, I hope everyone affected by this killer's heinous actions can find a way to move forward and heal."