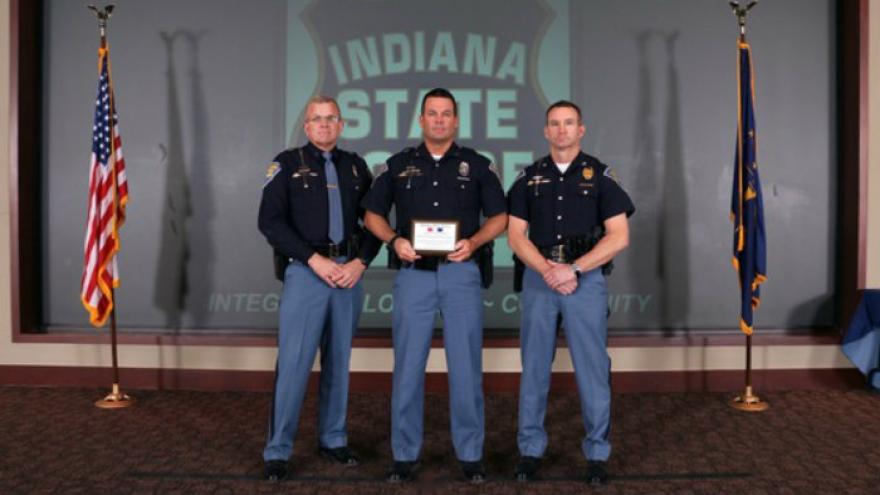 INDIANAPOLIS, Ind. – Two Indiana State Police Troopers from the Fort Wayne post were recognized and received awards at a ceremony held in the state’s capitol.

Master Trooper Aaron Cook was honored as District 22 Trooper of the Year.

Trooper Cook was honored because of his professionalism, integrity, work ethic, and community involvement. The criteria include situations of traffic and criminal enforcement, investigations, and community service.

According to ISP, Trooper Cook became a Trooper in 1994. He is an honorary recipient of a Silver Star, which is the second highest honor that can be given in the state.

Cook was awarded the Combat Action Award in 2012.

Trooper Lemmon was given the Combat Action Award for his intelligence, courage, and self-sacrifice.

According to ISP, Trooper Lemmon became a Trooper in 1999 and distinguished himself with a Silver Star award as well.

Both Troopers, Cook and Lemmon, were given their endowments by ISP’s Superintendent Douglas Carter. 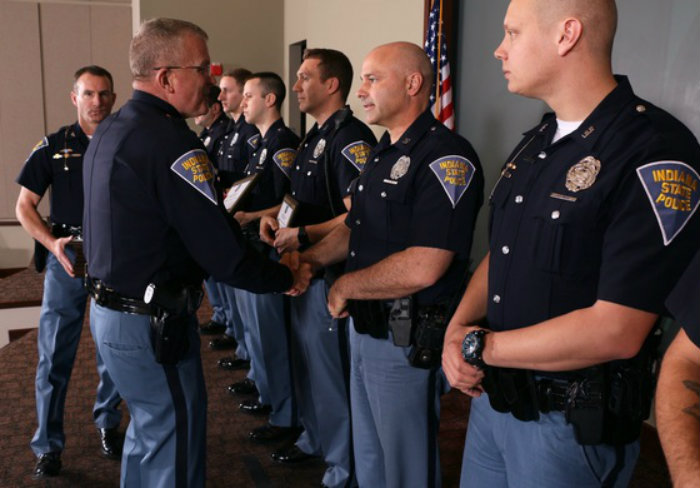