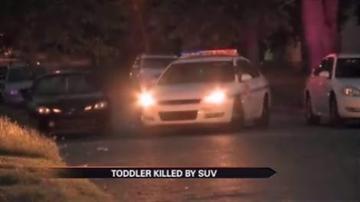 FORT WAYNE, Ind. -- An Indiana toddler is dead after getting hit by an SUV at a family party.

Fort Wayne Police say a relative hit the 15-month old as he was leaving.

The family rushed the girl to a nearby fire station. She later died at the hospital.

So far no charges have been filed. And cops say the driver did not realize at first what happened and drove away.

They do not think alcohol played a role in the deadly accident.