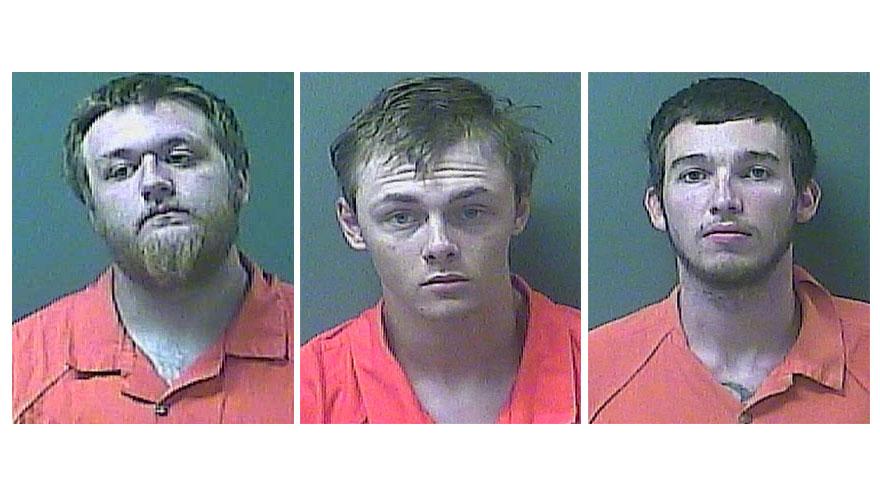 LA PORTE, Ind. -- The La Porte County Sheriff's Office has arrested four people in connection with a burglary at a veteran's home on 3rd Line Road in Kingsbury Industrial Park.

The suspects have been identified as 19-year-old Ethan Binversie of La Porte, 19-year-old Bailey Gervais of La Porte, 22-year-old Tyler Jaeger of Michigan City and a 16-year-old whose identity has not been released.

The suspects are facing the following charges:

“For the second consecutive week, a serious and very high profile case was resolved with the assistance from the public,” stated La Porte County Sheriff John Boyd.  “Surveillance video was quickly located from a nearby business during the initial stages of the investigation that captured the images of potential suspects and their vehicles and when a plea was made to the public for assistance in resolving this crime, tips began to come in.”

Sheriff Boyd added, “The trust and partnership that the La Porte County Sheriff’s Office has with the public was instrumental in the quick resolution of this case as the public was not at all reluctant to provide tips. We cannot thank the pubic enough for their trust, support and involvement. The role of lead investigator James Lear, Captain Patrick Cicero and Detective Aaron Banic who all collected evidence, followed-up on all leads in such a timely manner, performed area canvasses, conducted interviews,  and charged the suspects,  was also pivotal in cracking this case. We are very proud of their diligence and attention to detail.”