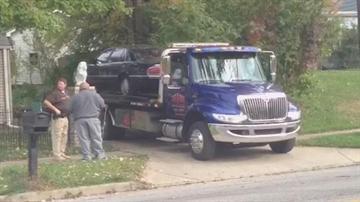 ST. JOSEPH COUNTY, Ind. -- Four people suspected of attempting to break into a home on Kern Road are in custody according to St. Joseph County Police.

"A homeowner that was home upstairs taking a shower at that residence heard the doorbell ringing. When the homeowner came downstairs, someone had attempted to break into the back door of that residence," said Bill Redman of the St. Joseph County Police.

Police say the suspects took off in a black Buick.

It was finally located in the area of Locust Road.

"South Bend Police K-9 dog and handler were able to do a track and at this time, we currently have four people in custody, possibly involved with this attempted home invasion," said Redman.

The car was towed from the Locust Road home.

No one was hurt and nothing was taken in the attempted break-in.