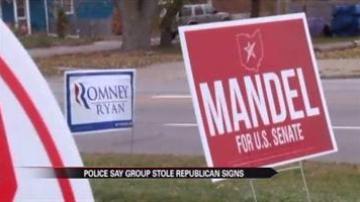 Police stopped the pick-up with the four men and found more than 20 campaign signs in the back of the truck.

Police charged the four with misdemeanor theft.
Share this article: