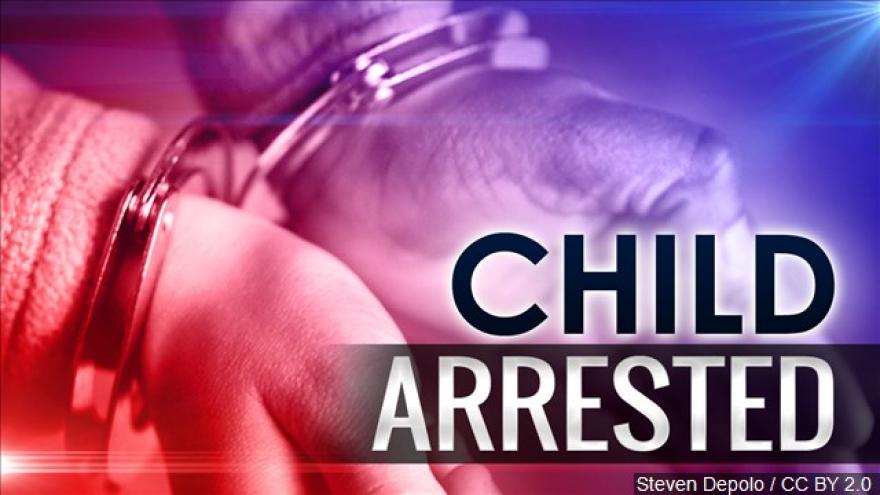 A concealed weapon and several hit lists found at an Elyria middle and elementary school in less than a week led to the arrests of four children charged with making terrorist threats and or aggravated menacing. Photo courtesy Steven Depolo / CC BY 2.0

ELYRIA, Ohio (WJW) -- A concealed weapon and several hit lists found at an Elyria middle and elementary school in less than a week led to the arrests of four children charged with making terrorist threats and or aggravated menacing.

According to police records, Tuesday, a 10-year-old Franklin Elementary student brought a large knife to school inside her backpack. The knife reported by a fourth grade teacher, who says thanks to a student who spoke up, a second 10-year-old boy was identified as working with the girl to write a list containing names of other students they wanted to "stab to death."

"In some of her writings, it mentioned how she wanted to stab people," said Elyria Police Captain Christopher Costantino. "So she actually not only talked about it but brought in something to follow through with her threat."

The list thrown in the trash was later found by a janitor. Police say the children added names to the list due to "them being mean and not nice to them."

On the same day a similar incident was reported at Eastern Heights Middle School where a 12-year-old student was arrested. A police report details how a the student made a list labeling fellow students to kill. A teacher overhead asked the student eventually arrested to "show me the list of people that you want to kill."

"The message is this: It's very clear we will not tolerate any type of threats against any students or faculty at any of the schools," said Captain Costantino. "Each one of these students was charged with aggravated menacing and making terrorist threats and taken to the juvenile home."

The first of these threats was reported last Thursday at the same middle school. According to a police report, a 14-year-old student made a statement she was going to "shoot up the school."

Police say the Eastern Heights Middle School principal went to retrieve the teenager's backpack after she got into a fight at school. Reports state the principal observed a notebook containing a "hit list" with both student and teacher's names inside of her bag. According to police the teen stated the list was something she and a friend "just wrote up."

Elyria district school officials say they are proud of both students and staff who saw the alarming notes and reported the behavior. However, they encourage parents to continue teaching their children that threats will always be treated seriously regardless of the original intent.

"When you say something in a threatening way or in some way that might make others feel unsafe there are consequences to that and it's essential that parents relay that information and have those conversations at home," explained Amy Higgins, communications and marketing director for the district.

Police say two of the children arrested in these incidents are related.