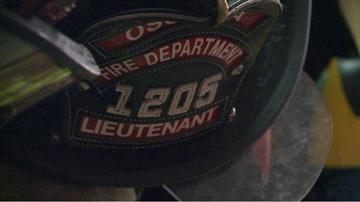 OSCEOLA, Ind. -- "I think the way they handled it was very disrespectful. Yea, it's a kick."

For the last 24 years, Chris Boling has done his best to protect his hometown of Osceola.

"It's something I've always been drawn to," Boling said. "It's just something that's special to me."

But Tuesday night, he and three other firefighters were told their services were no longer needed.

Town officials wanted to go in a new direction.

But Boling said their firing had more to do with money; or a lack thereof.

"In the past, and even including now, we've asked for them to fix the trucks," Boling said. "But they get fixed slowly, but eventually they come around to doing it. Maybe that ruffles a few feathers, I don't know."

As it stands, the Osceola Fire Department doesn't have all the tools it needs to put out fires.

One truck doesn't even work, and some firefighters aren't fully trained to handle medical emergencies.

"We've actually been dispatched to a full arrest, pulled out of the station, and the truck died," Boling said. "And they've had to push it off the road, go back to the station, and get another truck."

And when it comes to fighting fires, every second counts.

Now -- folks in Osceola will have to wait even longer for help to come.

"For the past 24 years, it's always been a problem, but I've worked through it," Boling said. "Sometimes it was good, other times it was bad. This is the worst it's ever been."