Fourth of July event in South Haven gets out of control 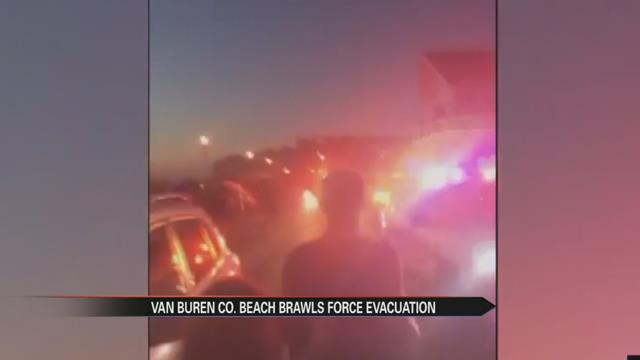 People hoping to catch a big fireworks show in Van Buren County were forced off the beach Sunday night after the crowd got out of hand.

South Haven Police say there were thousands of people packing the beach and some members of the crowd were getting violent.

Police said they cleared everyone out to keep everyone safe.

People in the crowd began throwing bottles at police and other visitors to the beach.

Several people were injured and had to be taken to the hospital for treatment.

No police officers were injured.