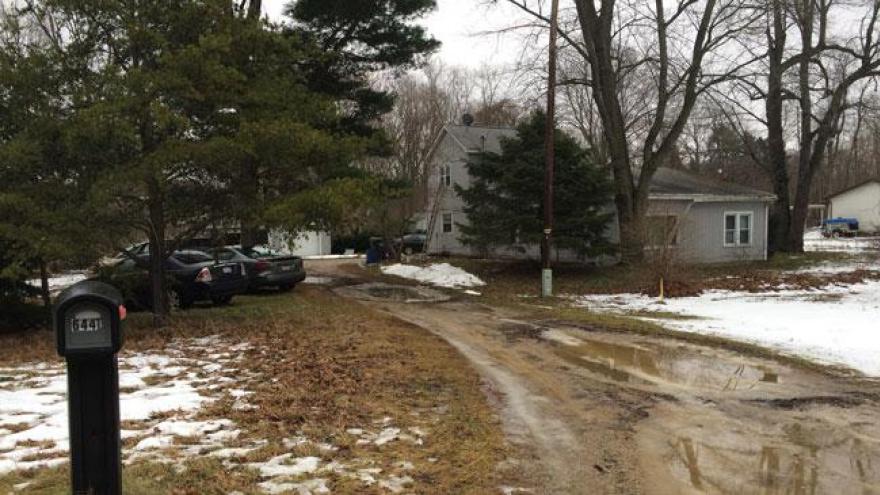 A couple people who knew Renee Mitchell and John Mitchell spoke with ABC57 about the murder victims. A family member found their bodies in their home on M63 Thursday night.

Rebecca, a woman who knew Renee, spoke with ABC57 about her.

“She was a regular customer and we talked about our kids and she was a really good person. She loved her kids a lot," said Rebecca.

Rebecca did not want her face shown on television or her last name used. She spoke outside the Shell gas station where she works.

Rebecca says she and Renee formed a friendship over the last six years.

Rebecca and Renee discussed their children and their love lives when Renee stopped in to the Shell to get gas.

“Well, we’d of course talk about relationship problems and stuff, and, you know, up and down, and, try to make things work and, you don’t really know what you’re going to get," said Rebecca.

Rebecca says Renee would talk to her about Alex Perez, the father of her two children, Luna and Nova.

“I know things were rocky a little bit," said Rebecca.

Marie Amodeo-Berg knew John Mitchell. He lived next door to her parents.

“John Mitchell was a very nice neighbor to my Dad," said Amodeo-Berg.

She says John told her father that Renee was having trouble with Perez – but Berg says there never seemed to be anything suspicious going on outside the Mitchell home.

“I saw the dad of the two girls playing with the girls in the yard over the summer," said Amodeo-Berg. "Everything seemed fine."

Michigan State Police and the Berrien County Sheriff's Department say they’ve been to the Mitchell home before.

Alex Perez is facing two counts of first degree murder. He was arrested in Georgetown, Colorado.

Luna and Nova are in the custody of the Colorado Department of Human Services.

A Go-Fund-Me account has been set up for the family which you can find by clicking here.

Perez appeared in court in Colorado Friday for an extradition hearing.