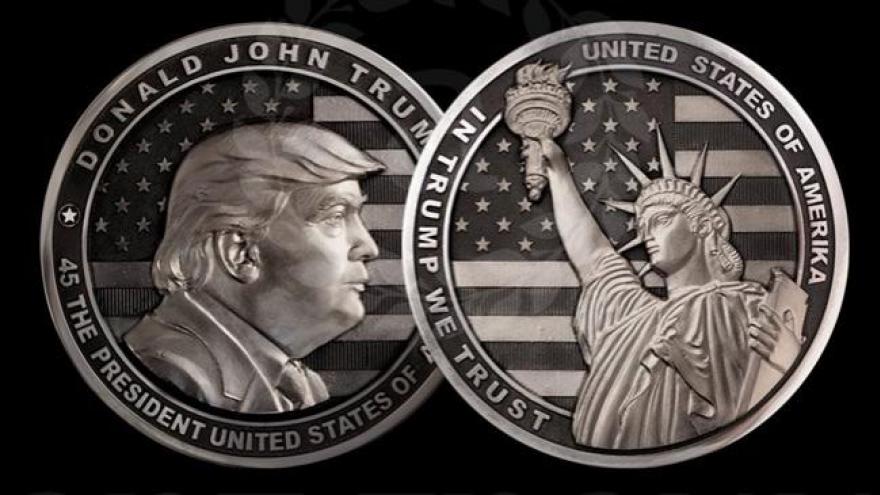 MOSCOW (CNN) -- Money, the saying goes, can't buy love. But $10,000 will buy you the perfect Donald Trump inauguration keepsake -- a coin with the words "In Trump we trust."

It's the handiwork of a Russian mining company because, as its sales manager put it, "We see our mission as immortalizing in metal the bright events of history and modernity, not only in our country but of the whole world."

In other words, they really, really love Trump.

The commemorative coin was created by Art Grani. It features the face of Trump on one side and the Statue of Liberty on the other. Only 45 exist: 25 silver coins, 5 gold and 15 that are silver and gold.

"The inauguration of Donald Trump will be a special event in the history of the world; that's why we have done a collection," sales manager Kristina Glinina told CNN from the factory site in Chelyabinsk region, about 650 miles east of Moscow.

The coins, the company says, are the perfect "unique gift for your boss, key partners or clients."

About that price though -- TEN THOUSAND DOLLARS?

Glinina told CNN these aren't the first coins they have sold for that amount.

After Russia's annexation of Crimea from Ukraine in 2014, Art Grani minted coins with the face of Russian President Vladimir Putin.