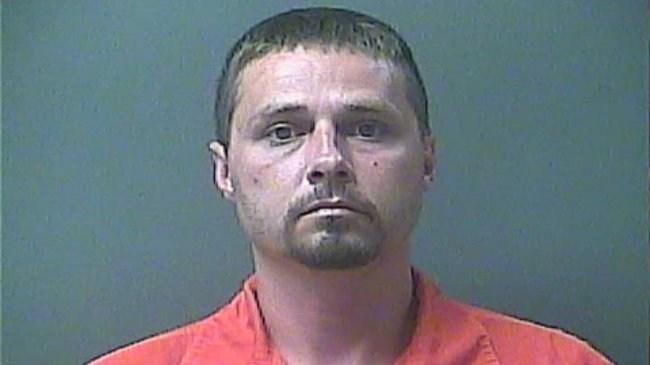 The Fugitive Apprehension Team and the La Porte County Sheriff’s Department successfully apprehended a fugitive at approximately 2:00 p.m on Monday.

The suspect, 33-year-old Donald Newland, was found in a vehicle near a residence at 4884 North County Road 700 East.

According to police, Newland fled from the scene, but circled back to the residence where he hid from police.

The suspect was found by a LPCSD K-9 in a small hole in a wall concealed by a plywood door.

Officials say Newland was wanted for revocation of a suspended sentence from a previous burglary charge.