Fulgurite is lightning's work of art

Lightning is a fascinating yet dangerous force of nature!

With a temperature that can reach up to 36,000 degrees Fahrenheit, the heat from a strike is hotter than the surface of the sun. So what happens when that intense energy hits the ground?

Sand melts at a temperature of 3,090 degrees Fahrenheit, so the heat from the lightning quickly turns it into a liquid. Much cooler surrounding air and sand cools it and it turns into a glass-like substance called fulgurite!

Phil Whitmer, Director of Joshua Tree Earth and Space Museum in Lakeville has collected fulgurite from all over! 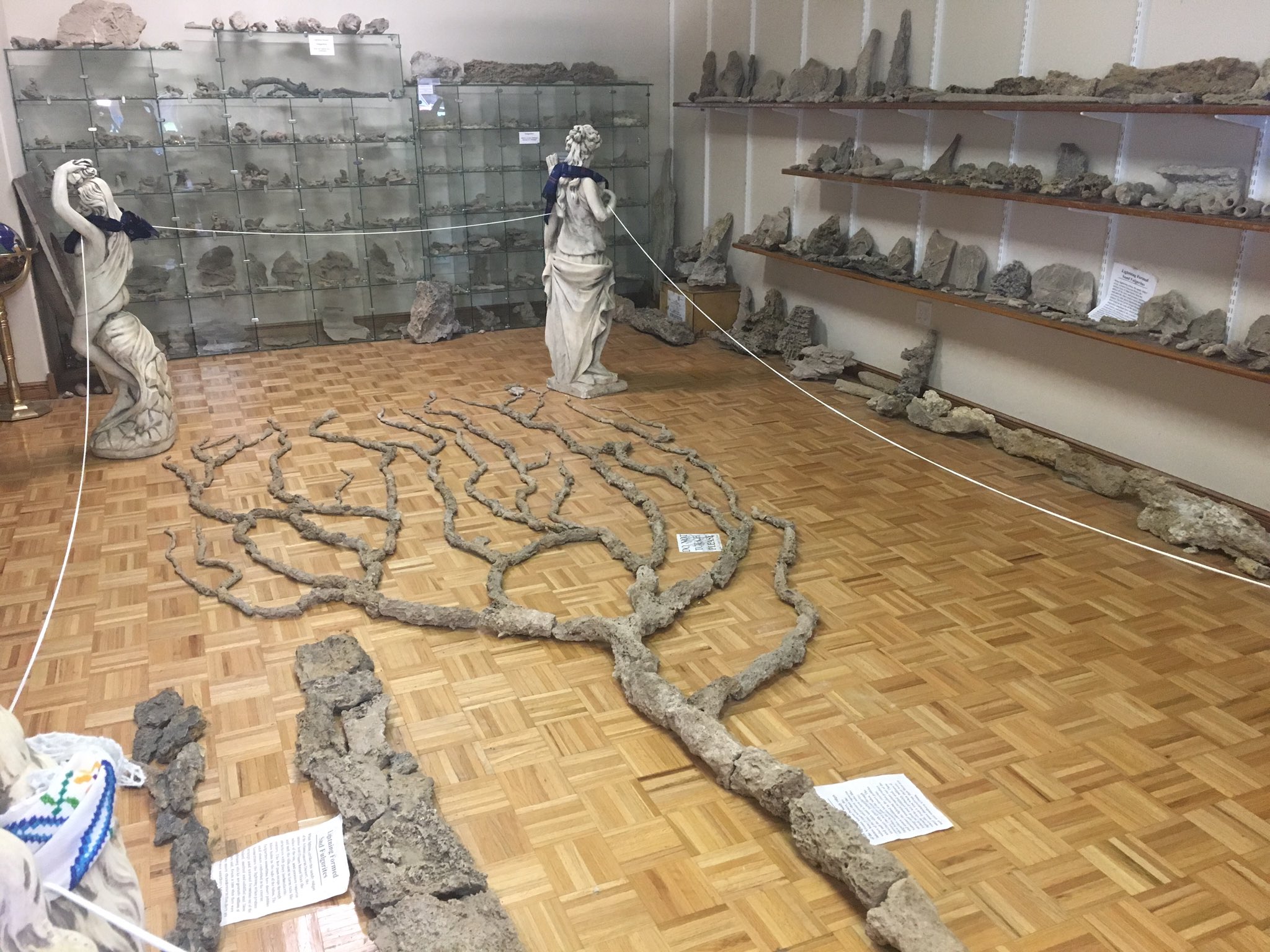 Display of fulgurite at Joshua Tree Earth and Space Museum

Right now he is displaying tons of fulgurite at the Lakeville museum!

These formations can be found anywhere from the sand dunes along Lake Michigan to the soil in your own backyard.

It does not take an expert to find one - you just have to know what to look for.

Todd Miller, who lives in South Bend, found fulgurite on his walk to get ice cream!

It kind of looked like a chemical spill in the grass. When we were walking back that’s when I saw the big piece sticking out of the ground, the burnt piece of the sod. When I pulled it out, I thought well that’s kind of unique. I didn’t really know how to explain it because I wasn’t familiar with fulgurites at that time either. - Todd Miller

You, too, can find your own piece of this weird science!

Next time you see lightning strike, look around where it hit after the storm has passed and you, too, might find a chunk of rare fulgurite of your own.

If you would like to see fulgurite up close, head over to the Joshua Tree Earth and Space Museum in Lakeville, IN.