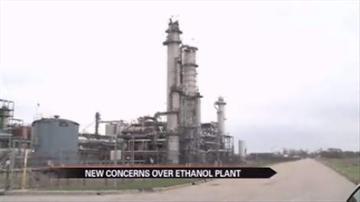 SOUTH BEND, Ind -- The two companies that bought the ethanol plant have put the property back on the auction block. The city of South Bend worked out a deal to keep water pumping at the plant off of Calvert Street so neighbors don't have to worry about flooding, but now council members are working on a plan in case the ethanol plant never starts up again.

That's one reason why Davis says he's passionate about what becomes of the old ethanol plant.

Two companies bought it at auction in January for $2.5 million.

When they listed the plant for sale on an online auction site, Davis and other council members began to worry.

"That the contract that the city has in place to keep the pumps running for the next six months is in jeopardy,” said Davis.

We tried to contact both companies, Maynards Industries near Detroit and Bid It Up Auctions Worldwide in Los Angeles.

Steve Mattis with Bid It Up Auctions said at this point neither company has a comment.

Right now the city spends $8,000 a month to keep the pumps going and for security.

Davis and other council members are pushing through a proposal to dig wells.

They hope the mayor will implement it immediately instead of his current plan, which is waiting to see if these two companies can secure an operator for the plant.

The South Bend Public Works director says the mayor's office has already been quite active in looking into putting wells in this neighborhood.

They are studying the benefits of vertical or horizontal wells.

But right now the mayor’s office is waiting to see if this auction could possibly secure a buyer who wants to produce ethanol.