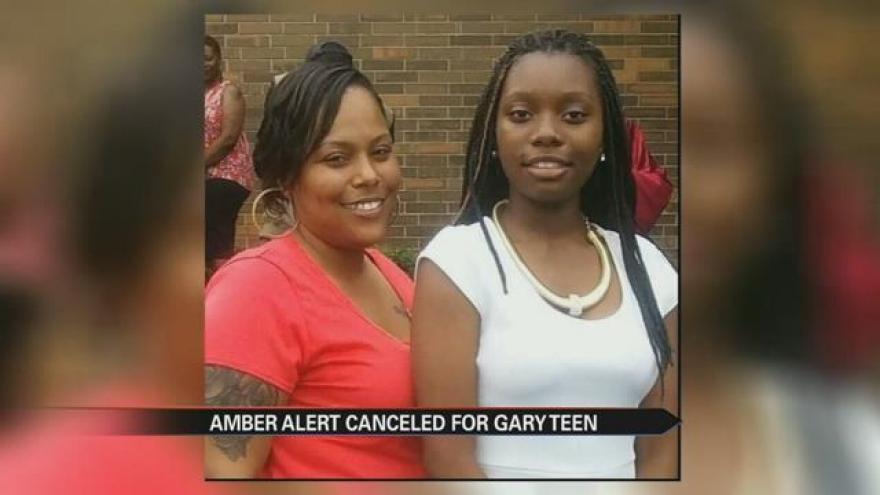 After a Gary Amber Alert was canceled on Tuesday, there was a late afternoon press conference at Gary Police Department. The only thing that was confirmed was that 15- year-old Chastinea Reeves was found safe in the city of Gary.

Everything else from how she was found to the relation to the homicide that happened around the same time and only minutes away isn’t being revealed.

“I am not certain how or what information lead detectives to her location, just that she has been recovered and we are very grateful for everyone who participated,” said Lt. Westerfield with Gary PD.

Around 5:30 p.m. on Monday, a statewide Amber Alert for 15-year-old Chastinea Reeves was issued.

She’s safe but no other details have been released. According to investigators,  where she’s currently being held could not be released because she’s a juvenile.

Moments after Chastinea went missing a homicide was reported about four miles away. A 34-year-old woman was found dead at the scene. Lt. Westerfield said she could not deny or confirm both bases are connected,  but assured that there is no need for the community to start to worry.

“We always caution people to be safe, always secure your residence, secure your person, know your surroundings, but there’s no reason to start a wide spread panic,” she said.

Family and friends of Chastinea said she was a cool and fun girl, which is why they were all shocked she went missing for so long.