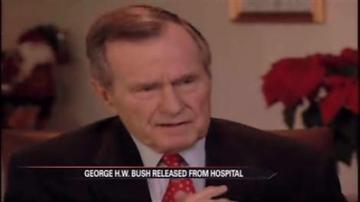 The 88-year-old was admitted back on November 23rd for bronchitis. Then in December, he was transferred to the ICU for a persistent fever and other complications.

In a statement released this afternoon the former president thanked well-wishers for their prayers and encouragement.