George H.W. Bush to remain hospitalized, but 'in excellent spirits' 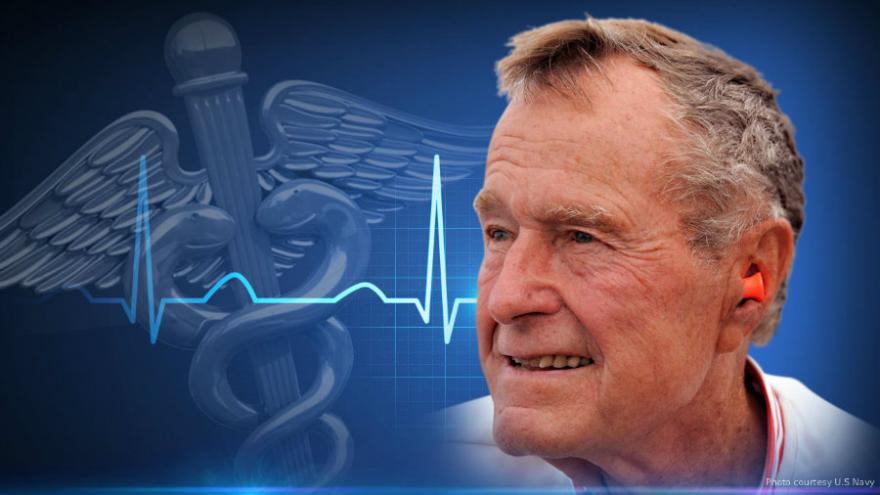 (CNN) -- Former President George H.W. Bush will continue to recover in the hospital through the weekend, but he "is in excellent spirits," a family spokesman said Friday.

Bush continues to focus on "regaining strength," but the 93-year-old former president "is looking forward to resuming his schedule and going to Maine next month," the spokesman, Jim McGrath, said in a tweet.

The 41st president was moved from intensive care to a regular patient room at Houston Methodist Hospital on Wednesday afternoon. He was admitted on Sunday morning after contracting an infection that spread to his blood. Earlier Wednesday, a source close to the Bush family said the 41st president was doing much better, pointing to a tweet from Bush's Twitter account that thanked Houston authorities for their handling of Barbara Bush's funeral as a positive indication of Bush's recovery.

Bush's hospitalization came just a day after the funeral of his wife, Barbara Bush. The former first lady passed away last Tuesday at the age of 92. The pair had been married for 73 years.