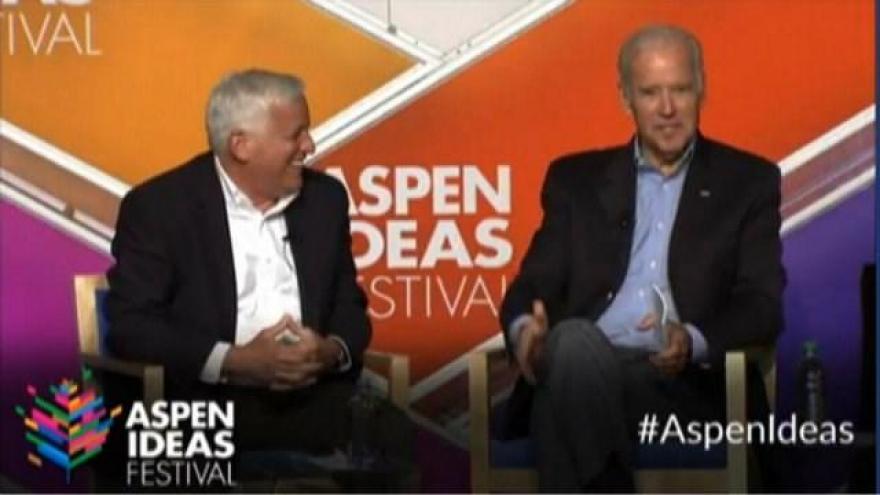 "None of you should bet on all this. It's wild speculation. I suspect if it did come to anything, we'd have to have a very, very long talk," said Gingrich, who was referring to his wife, Callista. "And then, depending on that talk, of course then I'd have to sit down with Donald and have another long talk."

Gingrich, who was speaking at the Aspen Ideas Festival in Aspen, Colorado, also said Trump is "much closer to (former British Prime Minister Margaret) Thatcher than he is to (former President Ronald) Reagan, in that Thatcher was a genuine revolutionary. She knew she was a revolutionary, and she was determined to break socialism."

The former speaker also said that he would be Trump's vice president on the condition that his work is meaningful.

"I have a very simple test question: If it's about (attending) funerals, I'm not interested," Gingrich said.

He also offered his take on what he called the "Trumpian phenomenon."

"When you look at great populist leaders -- and I always tell people to understand Trump, assume that he is one-part Andrew Jackson as a disruptor, one part Theodore Roosevelt with manic energy, and one part P.T. Barnum with constant selling. That blend of those three explains the Trumpian phenomenon," Gingrich said.

The former speaker continued, "If you're part of an establishment which goes to think tanks and comes to Aspen and has conversations appropriate for corporate boardrooms, guys who talk at fourth-grade levels and speak in the language of a good working class bar just drive you crazy. And if they succeed, they really drive you crazy, because they disrupt everything you thought you invested your life in."

Gingrich is being "seriously considered" to be the GOP vice presidential nominee, a Trump adviser told CNN this week. In choosing the former Georgia lawmaker, Trump would satisfy his desire for someone with political experience who could help him advance his legislative agenda through Congress.

But as recently as Sunday, Gingrich has said he hasn't been asked about the job.

Vice President Joe Biden, who also was speaking at the event Saturday, suggested that Trump could use the former speaker's help in running.

"Newt are you doing to do it?" Biden asked, laughing, as he began his remarks. "That's all I want to know."

"Should I?" asked Gingrich, who was in the audience.

Biden added that although he and Gingrich "disagree," he praised the former lawmaker's familiarity with how government works, which could assist Trump, who has never held elected office.

CNN's Jim Acosta and Alice Donaldson contributed to this report.