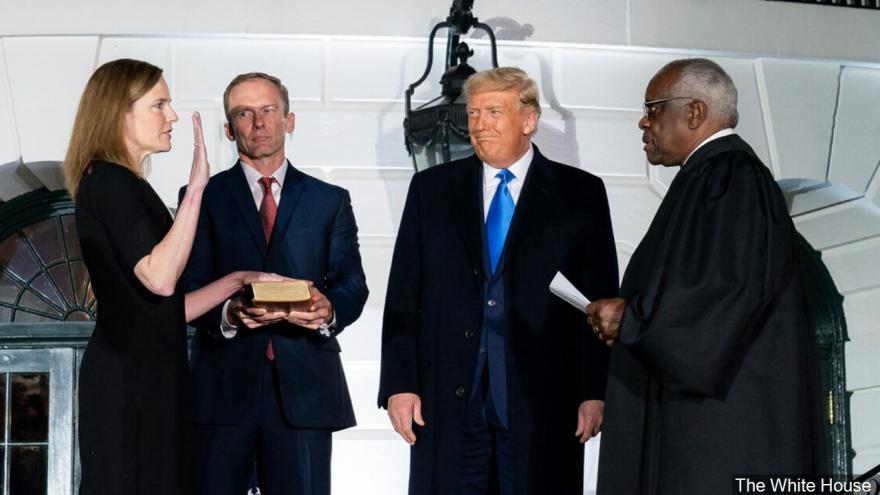 That then sparked a new backlash from Barrett's supporters.

It said, "Congratulations Amy Coney Barrett on becoming the 5th woman appointed to the Supreme Court since its inception in 1789."

The post featured an image of Barrett; along with the other four women who have been justices on the high court.

The post was quickly attacked by critics who view Barrett, a conservative, as a potential threat to civil liberties and women's rights.