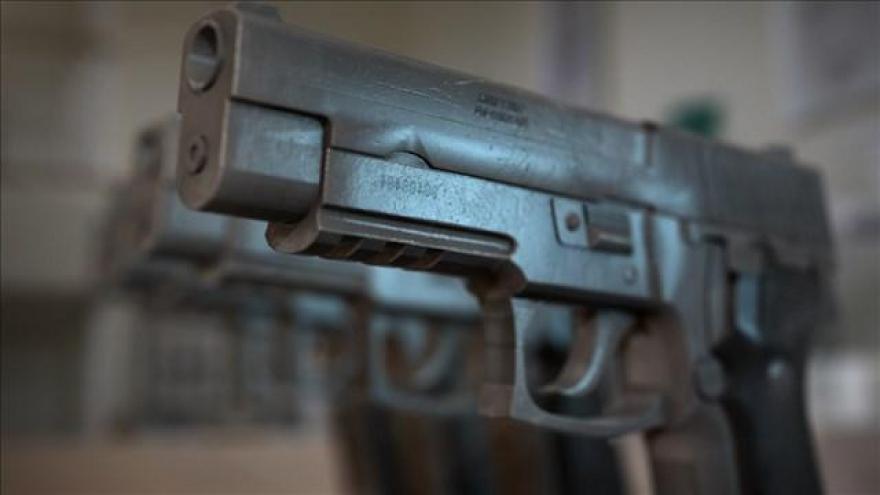 LONDON (CNNMoney) -- The global arms trade has risen to its highest level since the end of the Cold War.

The spike was fueled by conflicts in the Middle East, tensions in the South China Sea and the perceived threat from Russia to its neighbors, according to a study by the Stockholm International Peace Research Institute (SIPRI).

The U.S. is by far the world's biggest arms exporter, accounting for 33% of all weapons exports in the five years through 2016, the SIPRI report said. Russia was the second biggest supplier, with China third.

"The U.S. has delivered a lot of weapons in 2016, both very expensive weapons and strategically important weapons -- missile systems, surveillance and navigation technology," said Aude Fleurant, the director of SIPRI's arms and military expenditure program.

"The weight of the U.S. in the global arms trade is so big that it's enough to shape the trend," Fleurant said. It has delivered major weapons to at least 100 countries over the five-year period, significantly more than any other exporting country.

Of all the weapons the U.S. exported in the last five years, 47% ended up in the Middle East. The main buyers were Saudi Arabia, the UAE and Turkey.

Many countries in the Middle East are involved in the armed conflicts in Syria and Yemen. Others like Iraq are battling insurgents on their own territory. The violence in Syria erupted nearly six years ago, while the Saudi-led intervention in Yemen began almost two years ago.

At the same time, relations remain tense between Iran and many of its neighbors.

Arms imports by countries in the Middle East increased by 86% in the five years through 2016, compared with the previous five years. Among the biggest jumps were Saudi Arabia's (up 212%) and Qatar's (up 245%).

Rising oil wealth had made it possible for Middle Eastern countries to ramp up their military spending -- but that's not expected to last.

"Because weapons contracts take a very long time to complete, we are now seeing deliveries that were agreed years ago, when the oil price was high," Fleurant said.

She said the recent crash in oil prices will inevitably lead to a decline in arms trade in the region.

Imports by countries in Southeast Asia have also increased over the past five years, fueled by contentious territorial disputes in the South China Sea.

The area is home to crucial shipping lanes, and it's rich in oil and gas reserves. China, Taiwan, Vietnam, the Philippines, Malaysia and Brunei have all made territorial claims over islands in the area.

Tensions have grown since 2014 as China has turned sandbars into islands, equipping them with airfields, ports and weapons systems and warned U.S. warships and aircraft to stay away from them.

SIPRI said most of the weapons acquired by the countries in the area, including frigates, submarines, support ships, combat aircraft and anti-ship weapons, have a maritime role.

Correction: An earlier version of this story misstated the duration of the conflict in Syria.