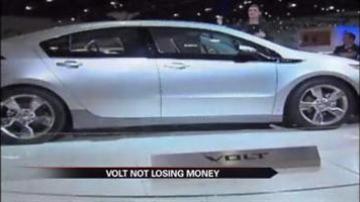 DETROIT -- General Motors is denying claims that its losing money on their Chevy Volt.

The Detroit Free Press reported the company is losing nearly $50,000 dollars for each of their electric cars sold.

But the automaker says that is not the case. They told the Free Press that the claims are "grossly wrong."

GM admits that it is losing cash on the Volt, but it will not say how much.