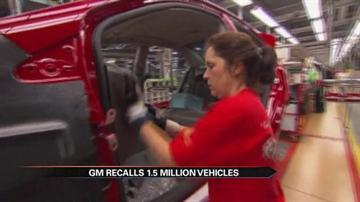 DETROIT — General Motors has announced they are recalling 1.5 million vehicles for brake or airbag issues.

The cars currently under recall are:

Separately, the Chevrolet Express and GMC Savana vans are being recalled to work ont he instrument panel. The vans are typically sold for commercial use.

GM says there have been no injuries related to the recalls.