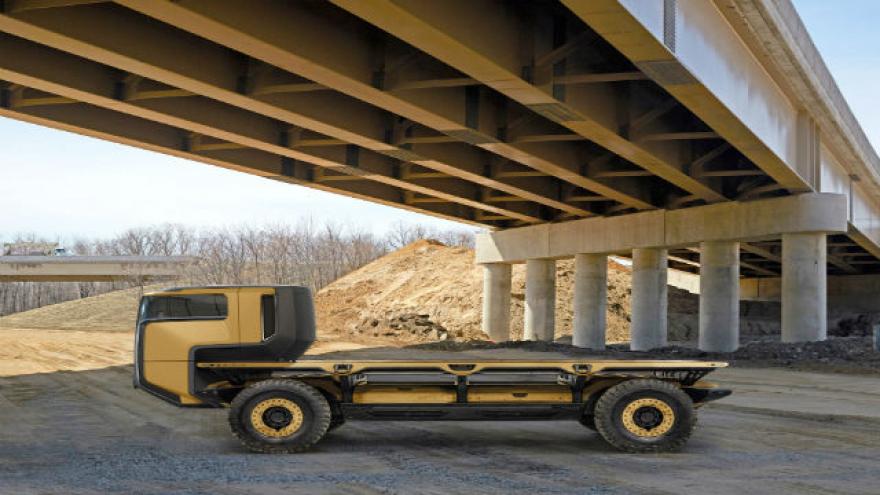 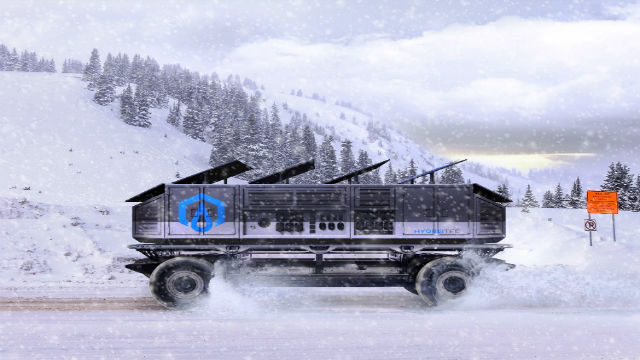 This concept vehicle is essentially a giant self-driving platform that can hold any kind of vehicle body -- or even just cargo. General Motors

This concept vehicle is essentially a giant self-driving platform that can hold any kind of vehicle body -- or even just cargo.

Something like this could be useful in disaster zones or in conflicts, the automaker said. That's why the truck will be displayed at a meeting of the Association of the United States Army next week.

The Silent Utility Rover Universal Superstructure can be used with a cab attached to house a driver, or it can be used as simply platform to carry cargo on its own. A line of these trucks could, for instance, follow behind one with a human driver.

The truck is powered by hydrogen fuel cells that combine hydrogen gas with oxygen from the atmosphere to generate electricity. On-board tanks can store enough compressed hydrogen to drive 400 miles.

Hydrogen power is particularly well-suited for military use, according to GM, because fuel cells produce very little heat. That makes them harder for enemies to detect. Additionally, hydrogen can be produced in the field from a number of different sources, which means that fuel for the vehicles won't always have to be transported to the vehicles.